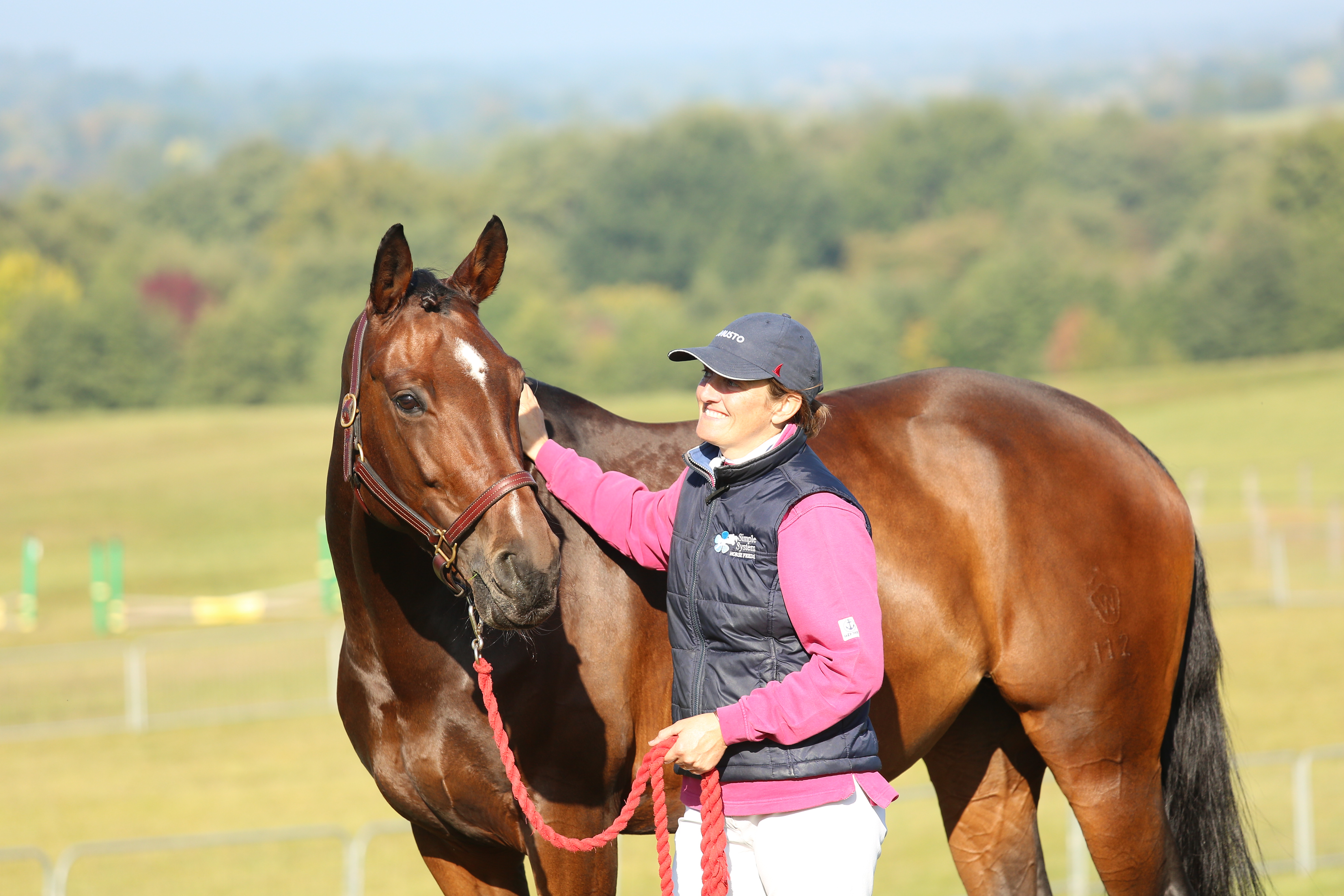 Lets head back to the end of August. Millie spent the weekend at Horseheath with the Bomber and stayed overnight at the Groomsbridge Stud with friends Sally and Tom Forster (who were responsible for bringing Millie into the world). Both girls did us proud with the Bomber finishing 8th in her BE100 section and the young Millipede finishing 4th in her BE80. Way to go girls!

We have over time convinced ourselves that the Bomber isnt right, then she does seem OK (like at Horseheath) but eventually I made the decision that she wasnt herself and although sound I took her to the vets for further investigations. Unfortunately this revealed some problems with her hind suspensories which would certainly account for her lack of power and now I feel like a really mean mummy. She has been trying so hard all summer and was even placed in her last event. Fingers crossed that she will make a full recovery. She deserves her chance to show us what she can do when fit and well. Everyone loves BomBoms.

To finish the season Lily and Millie went to Tweseldown for the BE90. This was Millies first attempt at this level and Lilys first trip out since April. Millie is very green but did her best. Some tension in the SJ arena meant a few poles dropped but bless her she jumped clear XC. Lily jumped a nice SJ round for one pole and just had a mis-communication on the XC which resulted in her trotting past one fence but otherwise lots to like and a great way to finish the year.

Ehren has been very busy indeed. She qualified for the Area Festival Semi-Finals at Advanced Medium via the Chester Hall festival. On walking over to the arena Southern RDO Sharon Walker accused me of looking too laid back. Pah, what could go wrong?! I joked. Well I did go wrong, and a proper blank moment it was too. Thatll teach me! Fortunately we still came third and qualified. Phew. When will I learn?!

Then the following weekend I had the hare-brained idea of taking her to Keysoe for the PSG Area Festival. She had only done two PSG tests but I thought if nothing else riding at Keysoe would be good practise for somewhere busier. She was such a good girl; the novice prizegiving was after my test so the gallery was full of people waiting and very noisy. This was about three feet away from the end of my arena and caused a very expensive whoopsie in our 3s, but generally she held it together very well and I was astonished to find that we had won and qualified for the PSG semi-finals!! OMG!!

Whilst riding the crest of a wave we then popped to Cobham for the Freestyle Dressage to Music Advanced Medium to start gathering points towards qualifying for the Winter Regionals. That she did, gaining 68% and winning her class. Crikey Ehren!

She then had a well deserved three weeks off, chilling out and taking full advantage of her all day buffet and with only five days work we headed off to the Area Festival Semi-Final for Advanced Medium at Codham Park. Simple System gang Stacey and Rosey came to cheer us on and take some video and photos and Ehren did them proud coming 3rd and qualifying for the Winter Championships at Hartpury. Wowee! Once again a new venue and she coped without blowing up. She seems to be getting the hang of this and was very happy posing for the camera afterwards

Next up on the Tuesday was the Area Festival Semi-Final at Widmer Equestrian for the PSG. Obviously we are very green at this level in this company but we decided to go for the practise. Ehren also struggles in the Autumn with her hormones and was rather tight in her back meaning we lacked the self carriage needed. One big spook but otherwise a good effort given how she was feeling and I was really chuffed with 5th place. I just cannot fault her efforts this year. Time for a proper break now for her. My superstar.

To finish the season off Simple System popped to the yard for some more photos and videos. This was great fun and I am pretty sure they saw each of the girls for who they are. The cheeky Bomber tried her best to please with any requests, especially as they all revolved around food! Ehren wafted about looking beautiful and got a little bit sniffy about her routine being turned upside down and things not being as they should. Millipede was quite jolly but was very well behaved. And then there was the Ginger Rocket. Oh my! Lets just say its been six years since I last took Lily for a hack and it will probably be another six before I try again..