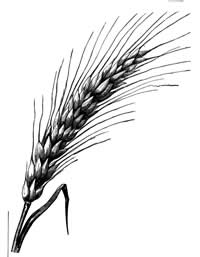 "No man is an island"
The past year has brought to pass a much feared prediction that the world price of cereals and proteins was set to rise from their low levels.
The circumstances which have combined to precipitate this long expected price hike have been unprecedented. Set against the backdrop of a steeply rising curve of demand from developing countries such as China and India, we have experienced a very poor world harvest in both the Northern and the Southern Hemispheres. The North due to a cold wet summer and a hot dry summer in the Southern Hemisphere. World stocks are now at there lowest ever levels and are still in sharp decline. This is clearly serious for horse owners especially in addition to the concerns we all share over the low quantity and quality of this years hay crop. However the human cost may be much higher leading to difficult choices as to whether livestock or humans should take precedence in the grains and protein markets.
To date we have seen sharp rises in the prices of cereals in particular with wheat increasing in the region of 150% in the last year. The knock on effect for cereal based horsefeeds has been a typical increase between June 07 and December 07 of 20%. There is talk of further price rises in the new year but whilst there is some justification for this it is conjecture at this stage. As for the future a good harvest and the additional acreage drilled to wheat may stem the upward trend and in fact cause a reversal but as increased demand is half the equation I feel we must be prepared for this trend to be resumed.
Be sure of one thing Simple System Ltd are researching alternative forage based feed resources for our equine friends.