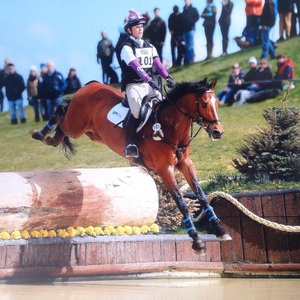 So when I left off Coco had been a superstar at Aldon and Lily was not quite right.


The positivity has continued since then and Lily is well on the way to being on the mend and Coco has continued to show his talent!
We have had a fab couple of lessons with the super Ernest Dillon, it is always such a shame that we can't fit in more lessons as just a couple of lessons this year has given me the confidence I need in the show jumping arena with Coco to jump clear rounds. It is the small things that make a big difference with Coco, and Ernest is able to notice these things and help me put them right. It also applies on the flat and I have Jenny Watson to thank for that - his work really is coming along now and I know there are some exciting scores to come! Also Tracey Brown has been helping me build Coco's confidence by playing round with lots of small jumping exercises and little bounces to allow him to really start to realise he can use his whole body to jump. Combining all these factors within training seems to be moving us in the right direction all the time and with the countdown to Houghton now on, every little thing matters!
Last weekend we headed to South of England for the OIu21. He did a fantastic test, and our first test where I have been able to ask a bit more without mistakes creeping in. He scored a 34.1 but was still good enough for 4th after dressage and just 4 penalties behind the leader!The show jumping, again felt really good and we were unlucky to come out with 8 faults. He was jumping an immaculate round, but as I turned to the combination, I panicked that I was going to be off it and fired him in, this made him snatch at the two verticals coming out and unfortunately they both came down. However in a course with two doubles and a combination. Ten fences and fourteen jumping efforts it wasn't too bad at all. The plan cross country was to go out and jump the first ten or so fences so that we both had our eye back in, and then retire as Burnham Market was less than a week later. I was glad I was able to do so as it took me that long to start seeing any sort of sensible cross country stride at all! Luckily Coco wasn't as rusty as I was and managed to keep me on board and jump round nice and easily. Mission Accomplished.
This weekend we headed to Burnham Market to try and gain our CCI2* qualification for Houghton Young Rider 2*. I had 3.40 dressage on the Friday which enabled me to go to my hockey end of season dinner on the Thursday night. I drove so that I wasn't drinking and it was a fantastic night. Brilliantly organised and great company! To top it all off I was awarded RPHC Ladies 1stXI player of the season, which I never expected. However it resulted in a rather unintended late night. Getting to bed at 3.30am and an alarm at 6 am was not the plan!
We had a great journey up there which took us about 4 hours. However 3 hours and 50 minutes into the journey I realised that I had forgotten a rather vital part of my kit.. my long boots! I broke the news to mum who asked hopefully if I was joking... The long and short of it is that mum was amazingly good tempered and when we got there bought me a lovely new pair of boots (thank you mum, and sorry!!) Luckily that was the only mishap of the weekend.
The dressage was a bit stressful to start with when mum had gone back to the lorry with my passport and they wouldn't let me in to the warm up without it! However problem solved, I took a deep breath and focused on the job in hand. He never really settled in the warm up so was more than happy with the test he performed. He was really rideable and on the aids. Just one mistake in one of the simple change spoilt an otherwise pleasing test. He scored 54.3 which was about half way after dressage.
I walked the course twice, once in careful detail with mum, and then again to make sure I hadn't missed out any fences and knew the exact lines I wanted to take. Then it was time for an early night to catch up on sleep before the jumping on the Saturday.

We had very pleasant 11 and 11.48 times on the Saturday and the show jumping was riding well. The cross country at Burnham Market runs very close to the show jumping warm up and Coco never really settled so I was a little apprehensive as to how the round would go, as he jumps his best when he is really relaxed. I needn't have worried as he filled me with confidence as soon as we jumped the first fence and he just popped round. It gave me the feeling that if it where to have been three holes higher he would have been able to do it just as easily which is a fantastic feeling!
The cross country time and Coco was beside himself with excitement, he couldn't stand still when we were taking him up and was marching mum and I round the box park in anticipation - I did worry as to whether I was going to be able to hold him! However I never needed to worry. He set off like a pro and I could not fault his round one bit. The picture at the top just sums up his attitude to cross country - let me have a go, I am sure I can do it! There were some decent and tricky enough combinations and he made it feel easy. He has got so much scope that we can get a bit deep or be miles off and I can completely trust him to get us both to the other side safely!! I didn't chase the clock as I didn't need to so we finished with 14.4 time faults which was respectable. We finished 30th and he picked up another 4 points. Without the time faults he would have been 12th, so not far off at all!
To give him an energy boost for Burnham we added Red Bag Grass Pellets into his feed for the week leading up to the event and they certainly did their job, but it is interesting that they didn't fizz him up for the dressage. He looks absolutely fantastic at the moment and I feel very lucky to have such fantastic support from Simple System to micro manage the horses diets so they are always looking and therefore feeling their best when it really counts.

Also since my last blog I have competed at my uni riding regionals. I had a very successful day, winning on my dressage horse by over 20 marks - not bad at regionals really. I finished 2nd on my jumping horse, I just didn't have the best shot to the first fence and after that the judge never gave me above a 7, even though looking back at the video I don't think there was much more I could have done to make it better. However this was still good enough for me to finish 5th. The way it works is the best 3 individuals go through to Nationals, excluding those who qualify as part of a team. As a result of two people above me being in the winning team, 5th was good enough and I am off to compete at uni Nationals from the 11th-13th June!

We have got Rockingham 2* at the beginning of May with Coco, then two days young rider training at Quainton stud on the 14th and 15th of May, squeezed in between my two exams on the 13th and 16th! Then the 17th we head to Aston Le Walls with Lily for her first event of the season. Followed by Houghton, my last exam is the morning of the 20th of May, and the trot up is early on the 21st of May so just about fitting it all in, but I am so excited!

Sorry for the essay - maybe I should write more regularly!