Blog 1: Welcome to our world 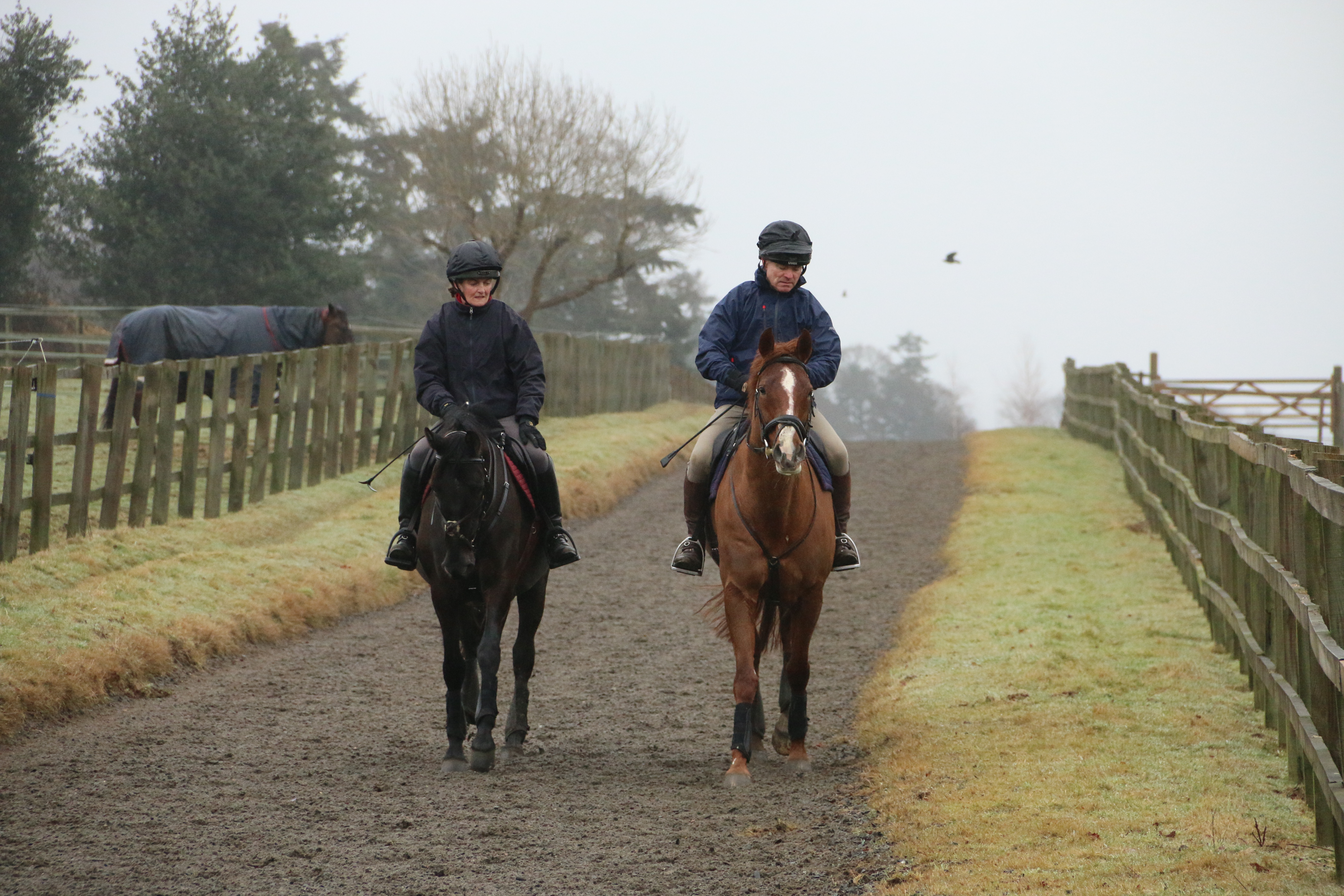 Well thats it, winter is over and we have been to our first event of 2015. We are seriously chuffed that Simple System Horse Feeds have sponsored the Team Lamy-Wright girls for 2015.

Little Lexi and Lily went to the Munstead pre-season combined training. I was really pleased with Little Lexi. Her dressage was hilarious; the accelerator pedal was stuck full on and we had all the steering of a supermarket shopping trolley. More than once I skipped past the white boards that were there as a corner! Then over to the SJ; her first course on grass and she went very green but jumped two clears at 70cm and had a few poles at 80cm when all the fillers went in. Work in progress but she didnt put a hoof wrong all day so I was really pleased with her. Lily was rather fired up but she jumped well and will hopefully settle as the season progresses.

Going back a bit further we XC schooled at LMEQ on a very wet and muddy day; all credit to them for allowing us to practise in those conditions, most places would have closed. The group all did really well with some horses making real progress with ditch and water problems. Little Lexi skipped through the mud like it wasnt there and towed me around the place having the best fun ever. Then there was Lily the Ginger Rocket, and she looked awesome. Very productive day despite appearances!

Tinka has come back from her winter holidays, or should I say the ego has landed. We do now have confirmation that she has qualified for the Restricted Novice Championships at Gatcombe, very exciting! I hope lots of people will come and cheer her on!

Char (Lassetter) has been up a couple of times knocking the edges off our flatwork. It is great having Ehren back on form but Char looked a little horrified when I said I wanted to try a medium soon and muttered something about not being able to get away with moving well and looking beautiful. Took me a while to realise she was talking about Ehren.....ahem.

Clients Jasmine and Morgan have been flying the flag for Team Lamy dressage divas. Jasmine has picked up two wins in two weeks, including winning the Medium overall at Eaglesfield BD. Go Kevin! Morgan was also at Eaglesfield and won the Elementary overall with Smurf on a 70% club score, and picked up a third with Henry (her 12.2 welsh pony). Not a bad effort girls!

On Saturday we were at Poplar Park for the first event of 2015. It was absolutely freezing as it always is there but just brilliant to be out again. Lily agreed and was beside herself; trembling, sweating and eventually could contain herself no longer and took herself off for a spin round the lorry park. All this before her saddle had left the tack locker! She continued at speed through her dressage test, round the SJ and then finally got a proper gallop. So pleased to see her so happy, starting this year more than ready to run at BE90. Possibly Cheltenham would have been more up her street but she did do us proud and finished 5th. We have gone very slowly with Lily since her surgery (for kissing spine June 2012) and to see her brimming with confidence was just brilliant.

Coming up Ehren has some dressage outings planned, I need to find some XC and SJ schooling outings for Lexi with some hunter trials in mind, Lily will do her first BE90, there is a long day XC schooling with three groups at Bonfleur, and Tinka I expect will head to South of England....