Team Lamy Wright Blog 3: A little too fond of the vets

Blog 3: A little too fond of the vets 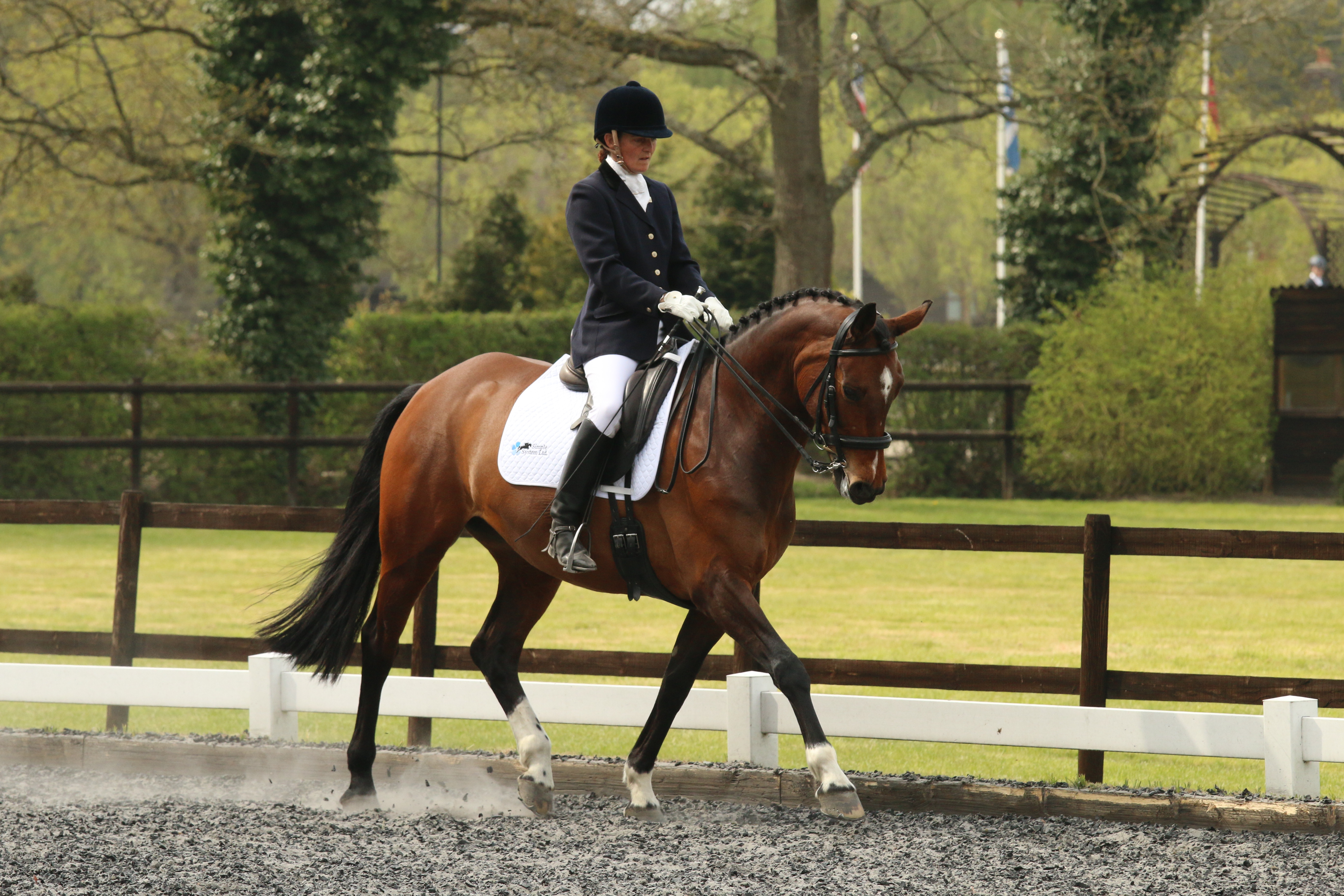 Well we are definitely full steam ahead now. Tinka started her year at South of England Novice, only seven weeks after arriving back with us. She did a good dressage, slightly rusty SJ for two poles and a good robust slow clear (due to fitness) XC. We were delighted that she started the season so well despite not having the jump or flatwork practise. She then went to Hambleden and was very feisty with spring-fever, still producing the goods but again Martin decided to school her round the XC, with later events in mind. This weekend she went to Chilham where Martin was able to let the hand-brake off and finished up 9th after one pole down SJ. A great start to 2015.

Lexi has been quite tricky, pushing the boundaries and eventually being a very naughty black pony. Firstly we went to the Coombelands hunter trial where she was very nappy at the start and taking forever to get going. Once she got past fence three she seemed to really get the hang of it so not all bad but not great. I was dreading taking her to Felbridge as I felt sure she would find that very scary and just to confuse me she jumped two super clear rounds. She felt great and appeared very confident. I have been schooling and jumping at home with my car in the arena and she has become more accepting of it, however at Munstead unaffiliated 80 she rather let the side down by having a meltdown in the SJ arena, napping and rearing and eventually being eliminated. I cant tell you how disappointed I was with her. After all the work and outings she was more than ready, but yet again bailing out when coming across a new situation. She is so frustrating and currently not popular. Its time to give assertive parenting a try, I need to be the senior partner and the teenager with the opinion has to tow the line to some degree. So we are doing things that may be confrontational. No surprise that I was last seen galloping down the road outside the yard with absolutely no control having asked a little too loudly if we could go past a dustbin.....yeh its going really well!

At last my back is good enough to ride Ehren (with a slight tweak to the balance of her saddle) so with our usual lack of fitness and match practise I made a last minute decision to drag her to Oldencraig BD for two tests. She was a little flat (in complete comparison to last time when she was so wild I had to retire!) but did me proud winning the Elementary overall with a qualifying score and bumbling her way through her first medium for a yellow frillie. I just wanted to try a medium to see how she would react and as a training exercise for where we are. I can confirm there is much to work on but I was delighted that she tried her best. Awww......I love my beautiful bay pony. I then headed off to Hickstead for a practise run for the Masters. She isnt a fan of open spaces and a loose horse in the car park really got her heart pumping. Unsurprisingly her first test was wild but she did manage to hold it together for the second test and scored well enough for second overall and qualified for the Open Elementary Regionals. What a good girl, as usual scooting in sideways at the last minute with very little practise. Worryingly I had noticed there was more of a cloudy mark than usual on her left eye, and although it didnt look sore we headed straight to the vets on our way home. Shes a superstar but she is a little too fond of Bell Equine. If you know anything about Ehren you wont be surprised to hear she is being treated for a very rare form of non-ulcerative keratitis. Thats my girl.

The day after Hickstead Lily and Martin went to Chilham for the BE90, her second go at this level. She too was fairly wild. Girls in the spring eh! Her dressage and SJ were both carried out with a lets get this over with as fast as possible theme, but she galloped around the XC much less green than Munstead with a big grin on her face. At the very least she is having a ball, and she didnt get loose!

Teaching wise we had a long day XC schooling three groups at Bonfleur in much improved weather to the previous month. We had a lovely day. Weve also had the first Carmen Court clinic of the year; it is always nice to be holding these from home.

The dressage divas have been out and about picking up the frillies. Jasmine and Debbie got a red and a blue for their mediums at Oldencraig, and Morgan has tried her first unaffiliated mediums on Henry and Smurf. No holding them back!

Our Simple System branded clothing has arrived so we are all now walking billboards. I did suggest that Lexi might have to grow up before she is allowed to wear hers again. Probably not the kind of advertising they had in mind; dealing with the teenaged delinquent!