Georgie Wood Blog 27: I didn't think it could get better!

Blog 27: I didn't think it could get better! 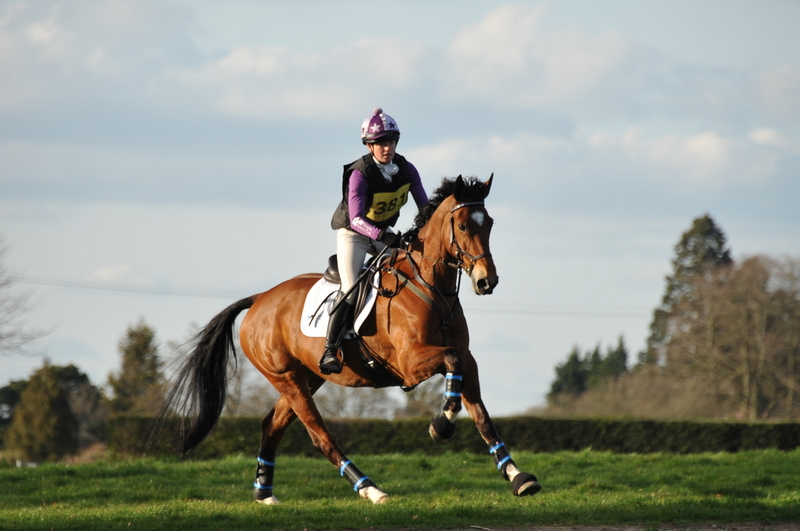 Blog post take two.. got to the end of this blog earlier and it deleted itself - I just love technology!!
When I left off, Lily was on cracking form and Coco had just started jumping, we had planned to head off arena eventing at LMEQ the following Saturday and Pachesham dressage with both horses on the Sunday, unfortunately we had a suspected bacterial infection in the yard and the vet suggested we didn't go out until results were confirmed. On the Monday it was confirmed that there was no problems but it did mean missing a weekends competing.
The following Friday we were supposed to be heading to Aldon for another 100open but Lily was coughing on the Thursday morning and although by Thursday evening she was fine and the cause was put down to a dusty bale of hay, we decided that leaving the yard at 3.30am and a 3 and a half hour journey wouldn't benefit her so made the decision to withdraw, which was a shame as I love Aldon. We ended up taking her out hunting with the Sandhurst on the Sunday instead, which she was very pleased about!

I then went off to Sicily for a week on a university field trip doing exciting things like climbing volcanoes and visiting super cool rivers which was great fun! I had two days at home once I got back from Sicily before heading out to Belgium with Mum, Dad and my boyfriend Rob as I was riding for GB on the Students Nations Cup (SRNC) team. It was a full on few days but I came away having really enjoyed.
The Friday was the first two rounds of dressage, the first round of dressage is a team test with 3 of you riding  at the same time. I had a lot to think about as I was calling to ensure the movements were co-ordinated as well as trying to ride my own horse and as a result I had a brief error of course which was a shame as generally my dressage is my strongest phase. However one of the other British girls, Steph qualified for second rounds so I called her test for her.
The Saturday was the first two rounds of jumping. In the jumping you get a 3 minute warm up and then one upright and one oxer before going in. The first round of jumping is based on style with faults added in (similar to that of the JAS series). All three of us jumped good clear rounds which were good enough for all of us to win on our horses and qualify for the second round. I had a lovely horse who was only 4, but had the nicest attitude of any horse I have sat on and tried unbelievably hard. In the second round, it is judged on faults and in the case of equality is judged on style. I had a lovely bay mare who was long striding and powerful. Luckily I was first on so definitely had the best draw and she jumped a lovely clear round for me. Then we had to wait for the gala dinner that evening to find out whether we had made the third round.
The gala dinner was Great Gatsby themed and so we all got dressed up and went down to a nice restaurant for dinner. After some of the traditional rituals that are apparently held for gala dinners it was results time and Steph and I had both made it to the 3rd round and Sophie had narrowly missed out. Unfortunately Steph and I ended up on the same horse and with just the winner qualifying for the final only one of us would be going through. Steph was second on and jumped a lovely, quick clear round so I had nothing to lose. I went in and had the most fantastic spin round. It was against the clock so I knew I had to keep moving and unfortunately this resulted in a rolled pole, but I had the fastest time by nearly 2 seconds. I ended up 5th in the jumping and Steph did an amazing job in the jumping final to win!


I was lucky that Nathalie George had kindly ridden Lily for me whilst I was away, and Theresa White had ridden Coco, so on the Monday after I got back I took them both to Littleton for Clear Round jumping. Coco's first outing since his injury nearly a year ago and he popped round the 1m very nicely for an unlucky 4 faults. Lily on the other hand was totally wild in the 1,10m having three fences down, so I waited for it to go up to 1.20m and popped her round again where she was much more sensible and just rolled one pole.
On Tuesday I headed back to LMEQ with Lily to pop a few cross country fences and get our eye in. There is a fab new selection of fences there, the ground was fab and the majority of take offs and landings were sanded. Again Lily was wild and we did a lot of approaching fences sideways in our excitement, but the main thing was she was buzzing.
Yesterday we headed off to South of England which is my favourite local event, with lovely volunteers, efficiently organised and fab but technical courses. I had the best day ever but we will come to the result later. I had a big support team come and watch yesterday with Granny as chief supporter, Billz my uni riding instructor, Rob and his mum Hilary along with three dogs and mum grooming.. so no pressure.

The dressage felt a little unbalanced and inconsistent at times, but considering it was her first test on grass since last September and the arena was on a good slope so she tried hard and apart from the wrong canter strike of it was mistake free. Apparently the judge more than agreed awarding us 27 (3rd after dressage) and for the wrong canter strike off we got 6.5 'unbalanced'. but I wasn't complaining.

On to the show jumping and she warmed up brilliantly, but was a little quiet so I knew I needed to go in and be positive. I cantered into the arena and she lit up, she was absolutely flying although at times maybe flying a little to much but we got away with a couple of rubs for a clear round! We headed over to the cross country start where there were 25 numbers down, but the team at the start were doing their best to keep it moving. I got off Lily for a bit and got back on with 5 horses left to go however she was quite wound up and I nearly fell off her more than once whilst jumping the practice fences. However, as soon as I entered the start box I knew she was going to be ok, she jumped out and popped the first 5 fences beautifully, and then I slightly missed to 6 but she sorted it out. At 8&9 there was a tricky combination of barrels which you needed to jump on an angle to get to the corner on a nice four strides, she made it feel easy. Towards the end of the course there were several combinations in a row but she kept her ears pricked and kept jumping. We finished with a clear round and picked up 8.4 time which was the third fastest of our section and I took my time setting up for the combinations to give her a good ride.
Then we heard it read out over the commentary that despite the time faults she had managed to win the section. I still can't quite believe it - its amazing when hard work finally pays off, love my Lily pony, she is seriously mega.
We are off to Hickstead dressage on Wednesday with Lily and Coco for two novice tests before going to Felbridge show jumping on Sunday with both horses. Lily is eventing at Hambledon Novice and then Chilham Novice, whilst I am still hoping that Coco will get to Rockingham Novice as his first run back as long as all goes well!