Blog 30: Busy is an understatement.. 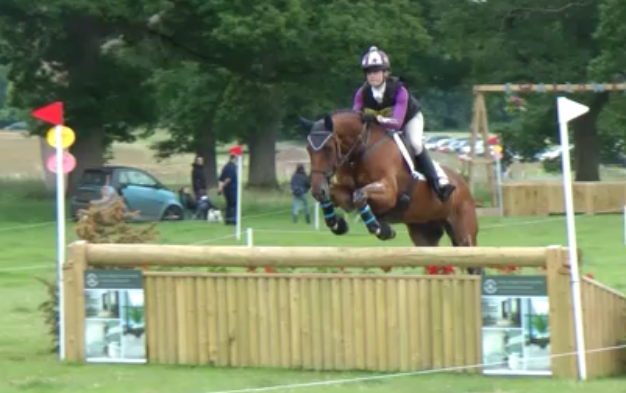 So when I left off I knew I was going to have a bust couple of weeks, but I never anticipated it to be as busy as it has been. Not saying I am complaining as I would only be bored otherwise.
We took Coco to Coombelands show jumping and had him entered in the 1.15m and the Foxhunter. He was enthusiastic (understatement of the century!) and went round rather fast, just about managing to leave most of the fences up! He finished on 8 faults which was fine, but I had a chat with mum as before his injury he was jumping double clear at Foxhunter and I felt really confident, so we tried to work out what I was doing differently. This is where I am so lucky to have knowledgeable back up, as we bounced a few ideas back and forth and I was able to try something a bit different. The conclusion was that I needed to ride him much more quietly and softly to give him time to see the fence and make a correct jump without tension creeping in. So into the Foxhunter and I sat overly quiet to the first, resulting in it coming down, however I settled him and kept him quiet and he jumped much better other than snatching at the first part of the double due to losing balance round the corner. So not the greatest result on paper but very constructive going forwards.
Our next outing was Felbridge Combined Training where I took both Lily and Coco on my own and met Jenny Wijsmuller there, who was kind enough to come and give me a hand. Lily was up first in the Novice and warmed up beautifully but she was slightly overcooked by the time I went in and I was a little disappointed with the mark considering she did a nice test. However she pinged round the jumping just picking up 4 faults due to a touch of over enthusiasm, but felt on good form so I was pleased. It caused enough trouble as she still finished 4th. Coco was doing the Intermediate and he did a really lovely test for 32. He warmed up brilliantly and jumped well in there having an unlucky rub at fence two for 4 faults. I slightly panicked off the corner to the last line and therefore unbalanced him onto his forehand so he finished on 8 faults which wasn't a true reflection of his round!
This is where the week of madness began. It started with Lily at Farley Hall Novice, and I was in the amateur section, very kindly sponsored by fellow amateur Louise Weir. I had asked for early times and definitely got them, as I was first to trot down the centre line in my arena, having left home at 3.30am! I was really pleased with how Lily went, the test was accurate and pleasant but slightly lacking the 'look at me' factor needed for some higher marks. We were awarded a fair score of 32 for 6th after dressage. The show jumping was very cleverly built with some testing lines, but Lily pinged round giving the fences plenty of room for a clear. I was a little nervous about the cross country as a bit like Hambleden, there were lots of questions without a let up fence in between. However, I knew Lily was more than capable and I rode like my life depended on it. I definitely respond to being under pressure and Lily flew as a result. She had a look at the two big ditches, but she was super straight and switched on. We picked up 4 time faults, which I wasn't bothered by as my aim was a confidence giving clear, and although she had a couple of moments where she was unsure, she dug deep and kept trying for me - which was fantastic. The course caused plenty of problems and her finishing score of 36 was good enough for 5th place. Massive thank you to Harriet Upton, who very kindly collected my prize as we had to dash home to get Coco ready for his turn for eventing fun on the Sunday.

So the Sunday we were off to Nunney with Coco for the Intermediate, and a positive lie in, having to leave home at 5.30! We got there and we gave Coco a leg stretch and some grass. Or Coco gave Mum a leg stretch. He marched her up to the top of the hill in the box park and stood and took in all the goings on, sussing where the cross country was before spotting the showjumping and being content that all was well before munching on the lovely grass! The course had plenty of questions and I knew we needed to be on the ball, which is easier said than done when the last event I did bigger than Novice was early May 2014! And since then I have only done 5 Novices (including Farley the day before)! I gave him plenty of warm up, with a large proportion in walk to get ready for the dressage. I was really pleased with his test, he stayed relaxed and switched on and aside from a little jog in his walk the test was mistake free, but a little safe which earnt us a mark of 34.8 which was fair. We had a long gap before the show jumping and the course was tough. There were 11 fences including a double and a combination with a triple bar in and two uprights out, so plenty of room to make mistakes. Coco jumped brilliantly, and unfortunately I took one too many checks in to the first fence to pick up a silly four faults before we had even started (and making the course a very long way round!) however I needn't have worried as he popped round, just rubbing the upright out of the three stride distance down the hill. Again, 8 faults not a true reflection and we are both still getting our eye back in! Cross country he was absolutely insanely amazing! He knows his job so well and just ate up the course (despite me seeing some interesting strides to the wider fences)! I ran him slowly as I didn't need to push him and so we picked up 24 time faults. Despite this we still finished 12th due to the amount of trouble it caused. A great run to have before Barbury next weekend!

The Monday evening and Tuesday day time I was lucky to be able to attend the Pony Club A Test Reunion. It was great to finally catch up with William Micklem in person after all the amazing support he has given me over the past few years. He gave an inspirational after dinner speech and really motivated me to keep working. The Tuesday was a lecture demo at Addington Manor with Richard Davidson and John Ledingham. They were both fantastic and I came away feeling refreshed with the way the sport and the training of our horses is evolving as well as some great exercises to use with my horses and when teaching others. I feel very lucky to have come through such an amazing organisation with so many fantastic and inspiring people. I got back in time to ride quickly before heading off for a summer league hockey match witch was very enjoyable and we won which is even better.


Wednesday I managed to ride 5 horses as well as going to Berkshire to try a very lovely horse on behalf of a friend. I then had to get my two ready for Hickstead jumping as we were leaving early Thursday. Another 5am alarm and we had managed to get to Hickstead and jump 2 classes on Lily and one on Coco by 9.30 - which I feel is effecient and impressive! They both jumped well, but we had a touch of 4faultitis with Lily having a fence in the jump off of the 1.00m when flying round and then I managed to have the same fence down on both of them in the first phase of the 1.10m Amatuer - very frustrating! Mum and I then had some lovely food from The Spade and Spoon - a catering outlet who did amazing bacon rolls, homemade tomato ketchup and delicious Sussex Apple Juice. A bit of retail therapy and it was time to head home as I still had 3 horses to ride. I gave Lise Naughton's 'Shadow' and Catherine Heilbron's 'Woody' a little jump and hacked out Luarn's 'Frank'. They were all very happy and I am thrilled with how they are going.
Friday was more leisurely as we only took Coco for the 1.10m Amatuer. He jumped amazingly round a track that wouldn't naturally suit him and was unlucky to roll a poll in the jump off where I just didn't quite keep the balance round a tight corner.
Saturday was another busy day as Coco was jumping at Hickstead in the 1.15m derby first thing and then back home to swap horses and take Lily to Rackham eventing in the BE100plus. Coco loved the Derby and thought it was amazing fun, and I must admit I rather enjoyed it too. We got to do a proper bank with a rail at the bottom and an open water amongst other classic derby style fences. He had three down but out of 16 fences and again wasn't a true reflection (I know it must sound like I am making excuses but there is so much that is good about the rounds he is jumping!!).

Finally, on the 5th day of competing at 6 shows in 8 days we loaded up Lily and headed to Rackham. We wanted to give her an easy run after Farley, so she could go into her summer mini break on a positive and easy run. She was last to go in the section and was quite jolly in the dressage warm up, but Mum said she was looking good so I went in. I used her enthusiasm to really show off her paces and she performed a fantastic test, just breaking in her last counter canter but she was really good. She was given 30.8 which was fair given the mistake and turned out to be third equal after dressage. The show jumping was built by Brian Lear, who we bought Lily from and it is always lovely to take Lily over to say hi! The course was causing a fair few problems but wasn't a worry for the mega mare that is Lily, she pinged round, showing off and generally making it feel easy peasy! Turns out there was only 3 clears in my section out of 21! I headed onto the cross country with the aim of enjoying it and giving her a fun round. She was awesome and popped round making it feel easy for a clear inside the time. It was then read out that she had gone into the lead with just one left to go. We walked over to the secretary to find out she had indeed won! See the video by Clicking Here.  So from 7 runs this season her results are as follows: 2nd, 1st, 5th, 6th, 5th and 1st (we just ignore the elimination at Hambledon in the middle!!). Oh and to finish off the day, I then went out for a friends birthday in the evening, getting in at 1.30!

So that is my busy couple of weeks.. Sorry for the essay!
We are off to Pyecombe show jumping with Coco this weekend as a prep for Barbury next week (eeeek) meanwhile Lily is having a couple of weeks quiet hacking before having a week off whilst I am fitting in a holiday with the boyfriend the week after Barbury. So it is all go..