Team Lamy Wright Blog 7: No rush to be an event pony

Blog 7: No rush to be an event pony 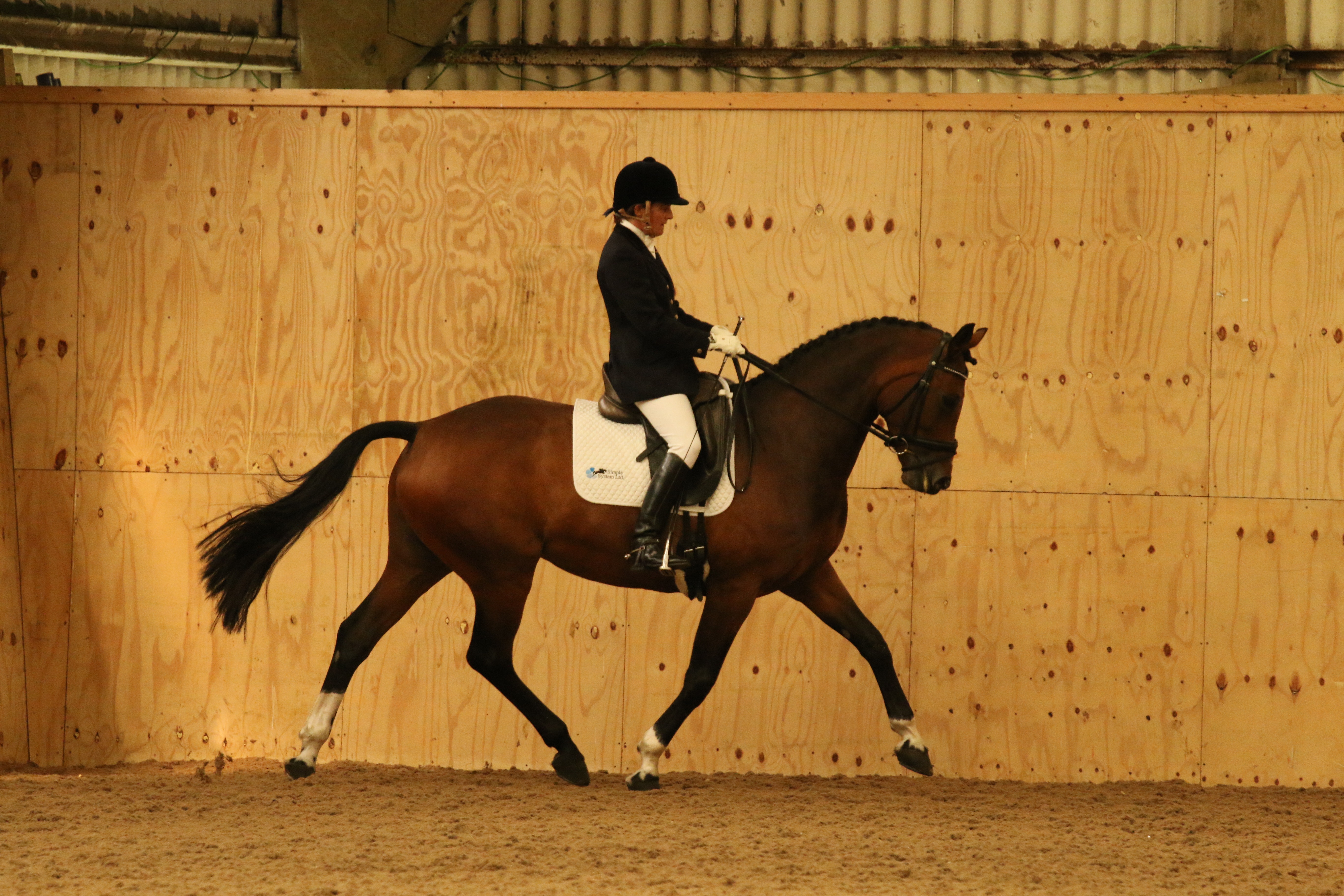 Wowsers, August is always so mad. There has been lots of SJ schooling. We have been to Eaglesfield, Felbridge and had our last summer clinic at Carmen Court. Weve been XC schooling at Lodge Farm, taught at more adult camps at Adds Farm and also our PC camp at Ardingly, plus a day examining B test in the most awful rain! The weather has been shocking!

Lily had her first run at BE100 at Chilham. She was in a mega feisty mood and galloped through each phase at speed. Her dressage judge was twenty minutes late and although Martin got off and quietly stood under a tree she was furious to have been kept waiting. As he was trying to salute she was in piaffe and as his hand went back to the reins she ran backwards up the centre line at warp speed. All this was making me feel very nervous indeed. It has not been uncommon for Martin to eat sand when Lily is in this mood. She cantered into the SJ arena and grabbed the reins out of his hands, locked onto the double going backwards and shot off with Martin desperately trying to veer away. My heart was pounding in my ears. Not sure whether to vomit or cry I watched them gallop to the first fence steeplechase style.....clunk! Fortunately after having two early poles down she seemed to settle into her rhythm happy that Martin had adopted the role of silent passenger (like he had a choice!) She was most certainly not in any way concerned that the fences had got bigger. Onto the XC warm-up and Martin dared to offer an opinion. Not when shes in this mood Martin! They got straddled over the warm-up fence and I walked up the hill to the start thinking about how much I was enjoying the experience. 5...4....3....2...1 and off they go, Lily was on fire and not prepared to listen to anyone. All going well until she over-jumped the ditch in the middle of the coffin and chested the log out. Undaunted she trotted a circle, popped it and continued on her way, finishing full of running and bluster. So that was it, the first BE100 done only 18 months after being eliminated in the BE80 SJ at the same event. Lily does not make life easy but she has needed to be a tough nut to work through her problems. At Chilham Lily had her boxing gloves on!

Back to the serenity of dressage and Ehren headed off to BlueBarn BD for the Elementaries. This is a new venue for her and all part of the plan for seeing new places. If she had been wild to warm up I was prepared not to ride the test, just put her away and bring her out to warm up again until she had more confidence. However she warmed up really well and was much better than normal in a new place. The first test was very tense and the canter particularly fragile with a few extra unscheduled dance moves. However she spooked then carried on with the test, she wasnt completely beside herself like she has been this year. In the second test she was much calmer and got a qualifying score which is pleasing. The aim is to qualify for the Elementary Winter Regionals if I can, then play a bit more at Medium. However over-riding any of that is a plan to keep it calm and help her gain her confidence in the arena. So far so good....

Talking of dressage divas (big) Lexie and her new rider Beverly only went and won the overall ride-off to become Freestyle Dressage to Music Rider at the Pony Club Championships! How amazing is that? After five years off having babies, and only five months with Beverly. Amazeballs!

Martin has been up to visit young Rodney and I am amazed that Lexie could produce such a giant of a son. I think I can look forward to being an owner; best go and buy a hat! At one year old he is already about 15.3 hands high and has knees and hocks like dinner plates.

After her debut at BE100 we thought Lily ought to drop back down to BE90 again at Firle. She was in a much easier mood and cruised round looking well within her comfort zone to finish on her dressage score and get a 5th place. We were very pleased.....she has been placed four times this year and very much exceeded any expectations. Last event of the year will be Munstead BE100.

I had promised that I would get Lexi out and about and she has pushed back at that idea with ailment after ailment. We currently have an abscess in our hoof and missed Chilham ODE. She is clearly in no rush to be an event pony!