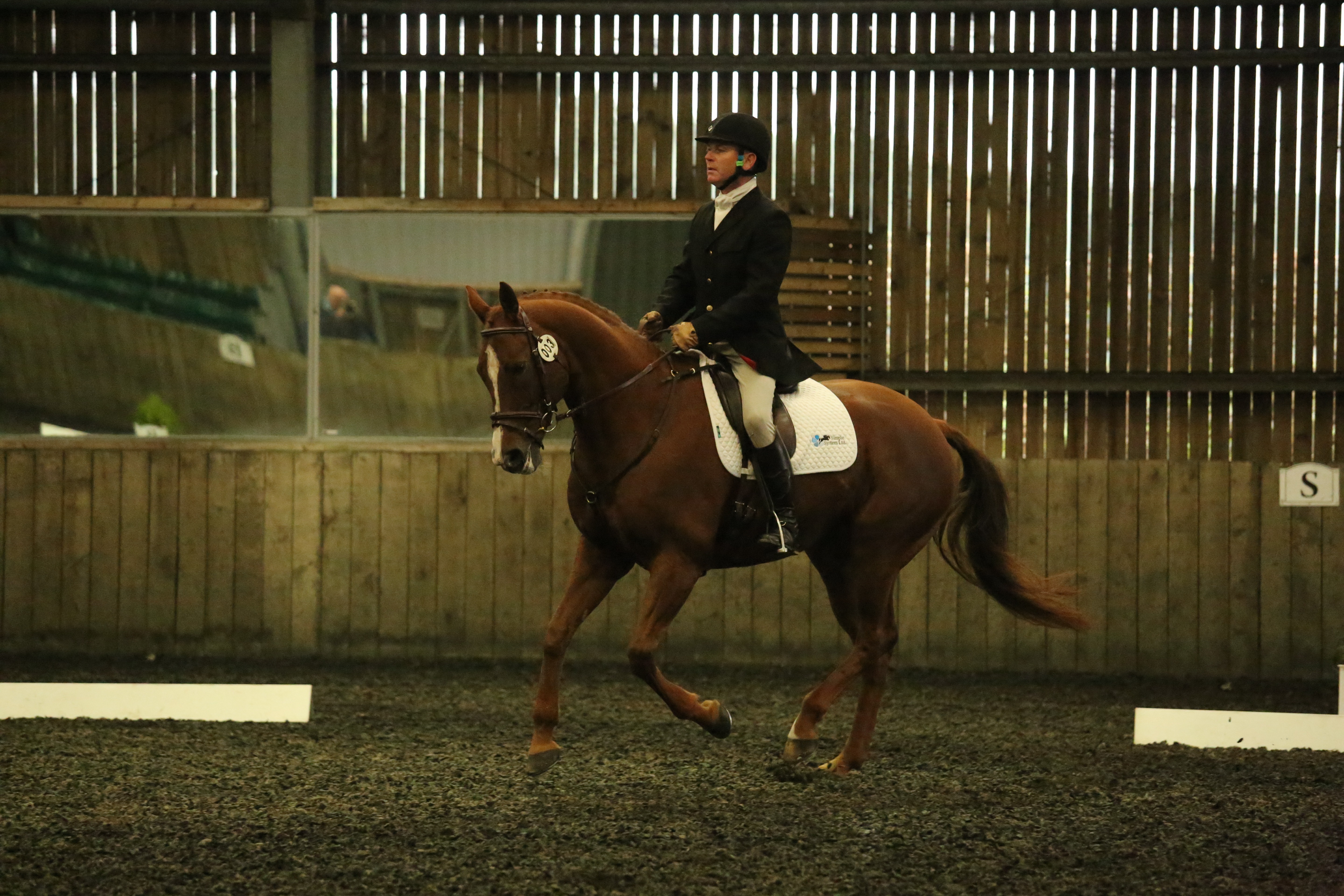 I am particularly pleased with Ehren who really went well at Stilebridge BD winning both tests overall with no blips to pick up two whopping scores of 74.48% and 76.25%. Fingers crossed she is getting her confidence back in the arena. Lots more practise at new venues to do but lovely to show the world what she is really capable of.

Little Lexi went out puppy hunting for the second time with Martin and the Coakham Bloodhounds. I am still unable to ride with short stirrups after hurting my knee. Actually she completely disgraced herself and I was jolly pleased that it was Martin onboard!! She was rather over excited, completely unstoppable and very rude indeed. A few weeks later I managed to persuade him to try again on a full hunting day with better brakes and more jumping to keep her occupied. She was still strong but behaved really well and flew everything in style including some bigger hedges. Thankfully the B jockey was delighted, and she looked really smart jumping out of her stride in all ground. I am determined to somehow turn my juvenile delinquent into an event horse!

We then disappeared off on holiday to celebrate our 20th wedding anniversary and came home to fog, rain and Maabof! He is staying for a week of boot camp while his mum is on holiday. Ehren and Little Lexi feel tiny after I have ridden him, but as always he is being a gentleman.

Lots of SJ clinics coming up through the winter at Four Elms, Eaglesfield, Duckhurst and Blue Barn. Hopefully some more hunting and dressage for Lexi so long as this mixture works OK  I have to say her canter has improved enormously since she started hunting. Ehren hopefully will get out too, but I think a new venue is in order. Now we are qualified it is back to homework. Mille moved from Carmen Court about a month ago to her winter digs with Ingrid Dubrow just up the road, and Rodney will be leaving Groomsbridge Stud this weekend for life at Stud UK Euro for a bit. Poor Lily has had some sarcoids surgically removed and is in sick bay for a while, but hopefully will be back in work sometime before the end of the year. Unfortunately given their locations we were backed into a bit of a corner as to what to do with them. Creams and feed supplements were unfortunately not an option. We had a prolonged virus on the yard two winters ago and both Ehren and Lily developed sarcoids after this had compromised their immune system. Ehren has been fed Eclipse Recovery for a while, and after three or four months her largest sarcoid just dropped off so both girls are now on this to try to keep the dreaded things at bay. Such a nuisance!

Suppose I had better stick my nose into the leaflet that just came through the door BD Competition Structure 2016.....I may be gone a while.......