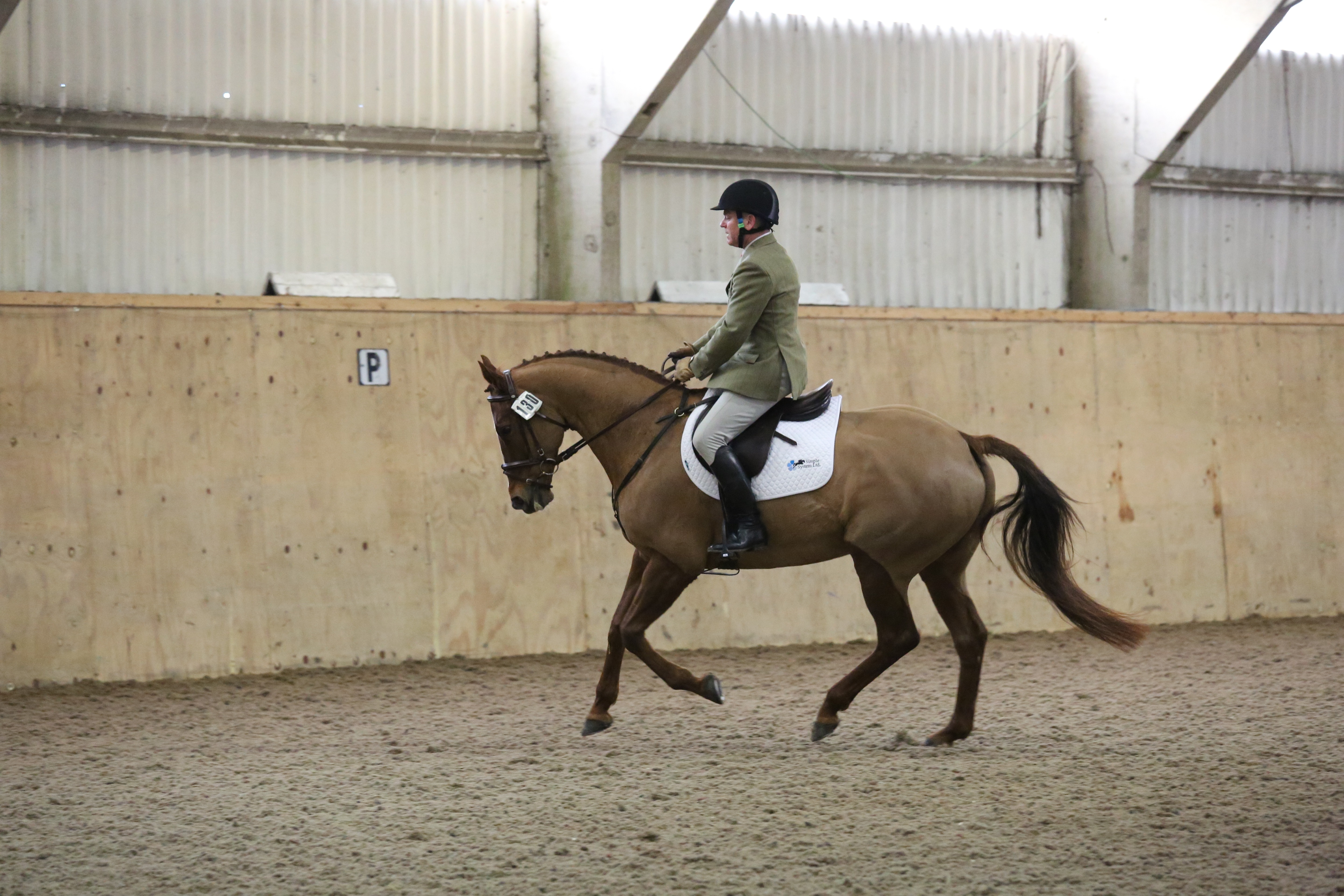 Happy New Year to everyone! I hope that you all survived the festive period and are looking forward to cracking on into 2016. We have kept very busy.

Little Lexi had her last hunt of the season with Martin at Larkins Brewery in Chiddingstone in some seriously heavy mud. It is fair to say she has the bug! Larkins is a big hedge day and she was well up for it. Interestingly hunting has improved her canter no end, not something I had envisaged happening. Plus, it seems to have opened her up over a fence. She has looked pretty scopey the last couple of times we have jumped her which is very exciting. Just still the problem of taming the brain! Her plan this year will remain the same; get out at BE80 and BE90 and start her eventing career. Fingers crossed; she certainly is physically a completely different horse.

I am back to pretty much normal workload now (although I havent yet jumped), which means I have taken the reins back on Ehren. No surprise she has become a little confused about life and will just be gently prodded in the right direction to the Regionals in February. Never has an Ehren Regionals plan come to fruition yet so this one will be no different! She will hopefully go out at Medium this year, probably with Area Festivals in mind and then maybe the Winter Regionals again. Currently she cannot ever remember being taught half pass. I love her to bits but she really is simple.

Lily is back in work with a vengeance after her sarcoids were removed. She won both prelims overall at BlueBarn BD with amazing scores of 72% and 76% wiping the floor with the rest of us! She also popped to Duckhurst BS for her first jump since September, and jumped really well. She will probably start the season with a BE90, and then go out at BE100. If everything continued to progress we would consider a Novice for her towards the end of the year. I will be sedated and hiding under a horse blanket in the lorry.

The young Millie will be coming home sometime around March to start her ridden life. She will be restarted, introduced to some hacking and gently work towards some low level dressage and jumping outings. She will probably XC school quietly at the end of the year, but wont be doing too much of anything.

We are continuing with the Four Elms series of winter jump clinics and have five XC schooling dates that take us from January to April. I also have two camps planned at Adds Farm in the summer. I am always happy to put things on by request if enough people are interested.

This week I went on a great course with Charlie Unwin Developing the coach as psychologist.  This stuff is so interesting. Coming up we have check-ups booked with both saddlers and the chiropractor. I am hoping to have my first jump since hurting my knee in September, and there is lots of pre-season practising planned. First XC school of the year looms in a fortnight!! Lets go!!!