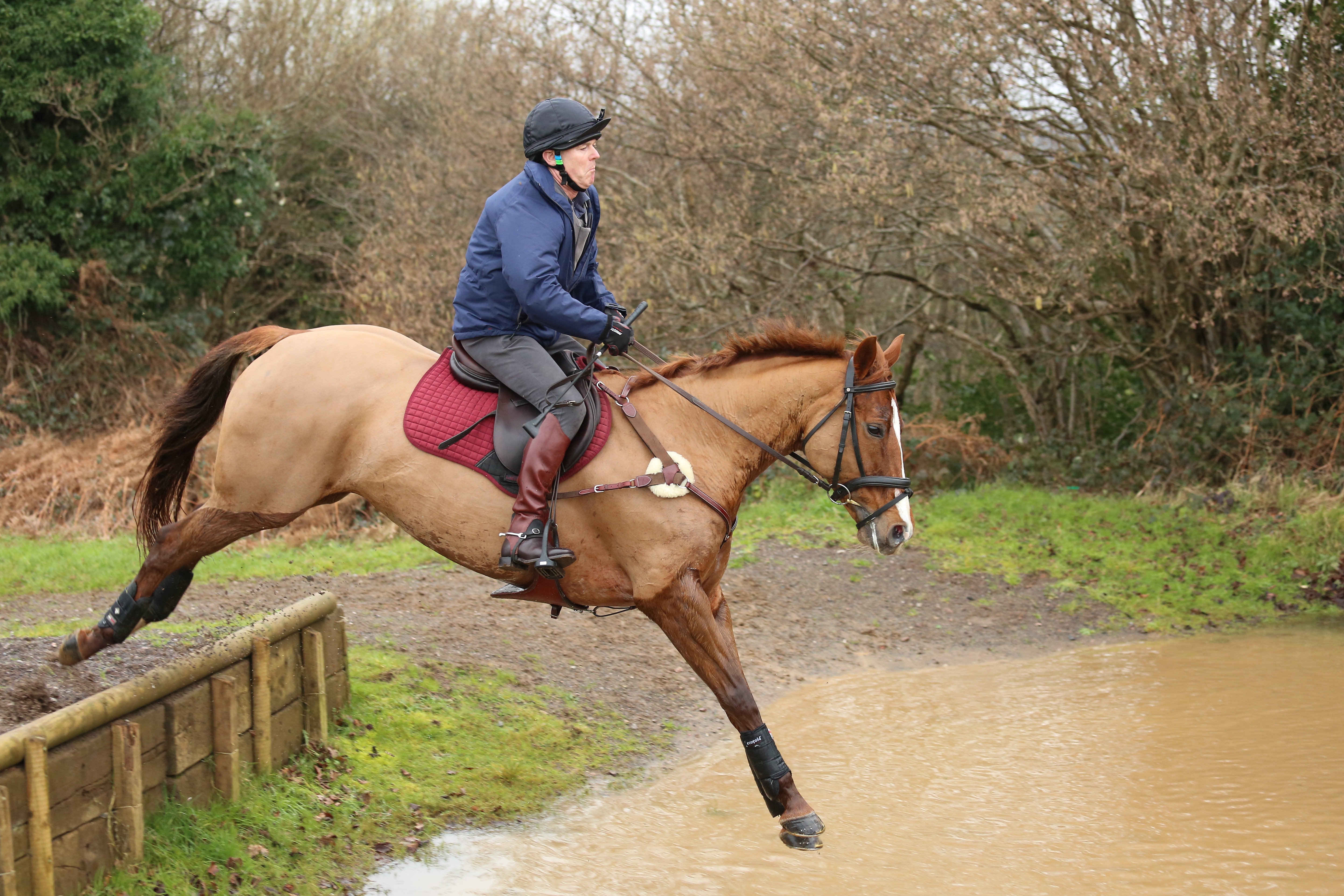 We have been very busy with pre-season outings. It is hard to believe that it is only five weeks before we start the eventing season but very exciting. All routine saddle and back check-ups are done. We are ready to rock!

Little Lexi in particular has been very busy. Between Martin and I she has been out jumping, has XC schooled, done combined training, BD dressage, Eventers clear round and been to the gallops! She needs rather more practise than the others but I have now taken the plunge and registered her with BE. Gulp.

Lily had been suffering with a bit of a cough but Char came and did my two. First lessons since October and wowsers I am unfit; rather disappointing I have to say! Ehren is slowly making steps in the normal direction. Her balance for being happy is fragile to say the least and although Martin riding her for me meant that she wasnt wild when I got back on, there is a bit of a rehabilitation going on. Bless her. He has nicknamed her Fraulein Loopy and is point blank refusing to ever sit on her again. To be fair the feeling is mutual.

We had a fantastic first XC school of the year at Munstead. The ground was absolutely amazing, it stayed dry and we all had a blast knocking the rust off! We are never very ambitious first time out, rather we are there to remind ourselves what XC riding is about and give the horses confidence for the upcoming season. The Black Bomber was much better behaved and seemed more confident for her hunting over the winter. My knee lasted longer than I thought it might and Martin swapped onto her for the last run of fences home. For the first time in over three years I jumped on Lily to hack her back to the lorry. The look on her face was a picture! Seriously unimpressed!

Lexi then went to Felbridge for the BE80 combined training. She was like a runaway steam train but I was really pleased with her SJ round as she was taking me to the fences and really thinking forwards. Hurrah! Fingers crossed hunting with my gung-ho husband has fired the girl up!

A few days later she went to Eaglesfield BD for a prelim. I knew that she had been anxious warming up in the little indoor at Felbridge and she seemed to walk into the indoor at Eaglesfield and say you have to be joking if you think I am going through that again? She was a right minx rearing and napping, really quite a nuisance. However she did relax when she entered the actual arena and held it together for a good 69% score and a win overall. My 74 year old non-horsey father had to drag me from the middle of the warm up into the main arena like a small child on a naughty pony. At least that is how I saw it. After seeing our score he went around telling anyone that would listen (and those who werent) about how he taught Robert Redford everything he knew. Later on when we were due to go home we found him autographing dressage sheets as The Horse Whisperer in the cafe.....

The following day Lexi went to LMEQ for the Eventers clear round and again she jumped really well over a mixture of show-jumps and portable XC fences. She also got to play on the gallops afterwards and it was interesting that she is a lot more forward and balanced after her days out hunting.

Then today we took Ehren and Lily to Hadlow BD. Lily was really good again, winning the first prelim overall and a slightly more tense second test for third place. She has been very consistent this winter. We then took her home and polished and plaited Ehren for her first outing since October. Unfortunately on arrival Ehren heard the phrase regionals in two weeks and decided it would be prudent to hot-foot it to sick-bay as fast as her German hooves could carry her. Her turn with the cough so unfortunately I had to withdraw....

We are absolutely delighted that Simple System Horse Feeds are sponsoring us again in 2016, and that we remain as brand ambassadors for Equilibrium Products. Woo-hoo!!