Lee Frawley Blog 24: A Different Perspective of the Paralympics

Blog 24: A Different Perspective of the Paralympics 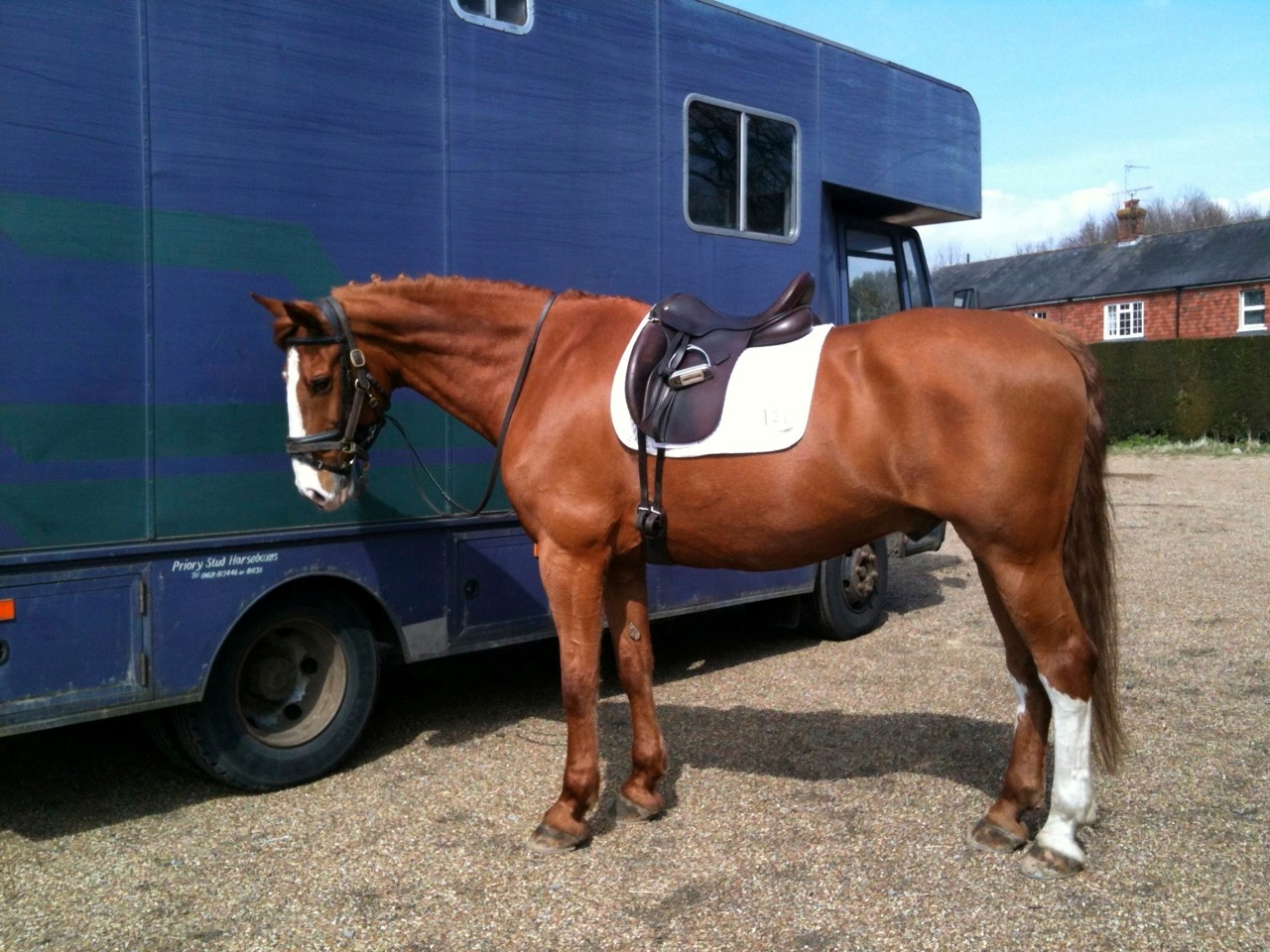 How can it be that I finished my last blog by saying summer is almost here and now winter is almost here! The truth is that, for a number of reasons, Rhapsody and I have had a very quiet summer on the training and competition front.

After our respective holidays the plan was to get back to fitness, back to training and back to competing. We had a few setbacks Rhapsodys shoulders and back were very sore and needed a couple of visits from Gill Maybury Chiropractor to get him right. Then Raps picked up a screw in his frog luckily no damage and not really any lameness after it was removed but a few days of poulticing just to be on the safe side  and of course a bit more time off! The school took longer than anticipated to be finished but we carried on with the hacking up the hills of the National Trust behind us and boxing up to a friends school a short drive away when we could.

When I finally got cracking with working Rhapsody I was not at all happy about his energy levels - he was just not himself in the school or out hacking but considered it may be a result of him being quite fat and lazy after his hols. When he did not improve as his work increased I got my vet, Steve Brooks, in to give him a thorough check over. He was looking great  if a bit chubby  with a good shine on his coat and his character/attitude in the stable was his usual cheeky self. It was only when he was being ridden that the lethargy took over. Steve took a blood test meanwhile I had him on Eclipse Recovery to generally boost his immune system. The blood test came back showing a higher than normal white blood count he had been fighting off something despite no typical outward symptoms  apart from the lack of energy. A few weeks of medication saw improvement but by this time I had reluctantly decided not to enter the 3* CPEDI at the Hartpury Festival of Dressage at the beginning of July. We had missed too much work and had had no training sessions with our coach Andrew Murphy. A BD competition the weekend before entries were due in was meant to be my decision maker as to whether to take him but I withdrew from that  feeling that it was unreasonable to ask Rhaps to compete  at any level  when he was still not 100% - and especially as there was nothing to be gained by it.

Possibly all of this was due, in part, to my own general lack of enthusiasm. Missing out on qualification for Rio Paralympics by the smallest of margins, and as a result of some very dubious/biased judging when I had a 35 mark discrepancy, was hard to shrug off. I went for a blood test too and found that I was suffering a lack of B12 in my system! Two weeks and six injections later I turned a corner  helped of course by the fact that I was going to Rio  unfortunately not to compete but as the USVI Chef de Mission for our track athlete who had been awarded a wild card! A fantastic opportunity to be involved from a different perspective  with VIP status thrown in!!

Suddenly there was lots to do and plan for!! Uniforms/polo shirts to be ordered for the team, what to wear for the opening and closing ceremonies and most importantly, getting the compulsory pins designed and ordered!! Many hours were spent liaising with Regine Fitzner the NPC President and all the paperwork that was flooding in brought back great memories of London 2012! Of course the media circus was in full swing with plenty of negative press about the facilities and cutbacks surrounding the Rio Olympics and Paralympics  not forgetting the zika virus  but that didnt dampen my excitement when I booked our flights and hotel!

Our time in Rio has been well documented on my Facebook Page and website and so now it is business as usual once more. Rhapsody was ridden by fellow Simple System sponsored rider Georgina Wood and friend Nathalie George while I was away and they not only kept him ticking over for me but managed to get him trimmer and fitter! I am looking at the BD schedule for the next few months and the FEI international schedule for next year and making some plans! Our aim will be to qualify for 2018 WEG  we are all waiting to hear where that will be held as Canada pulled out due to lack of government funding.

But first things first lets get back into that dressage arena Rhaps!