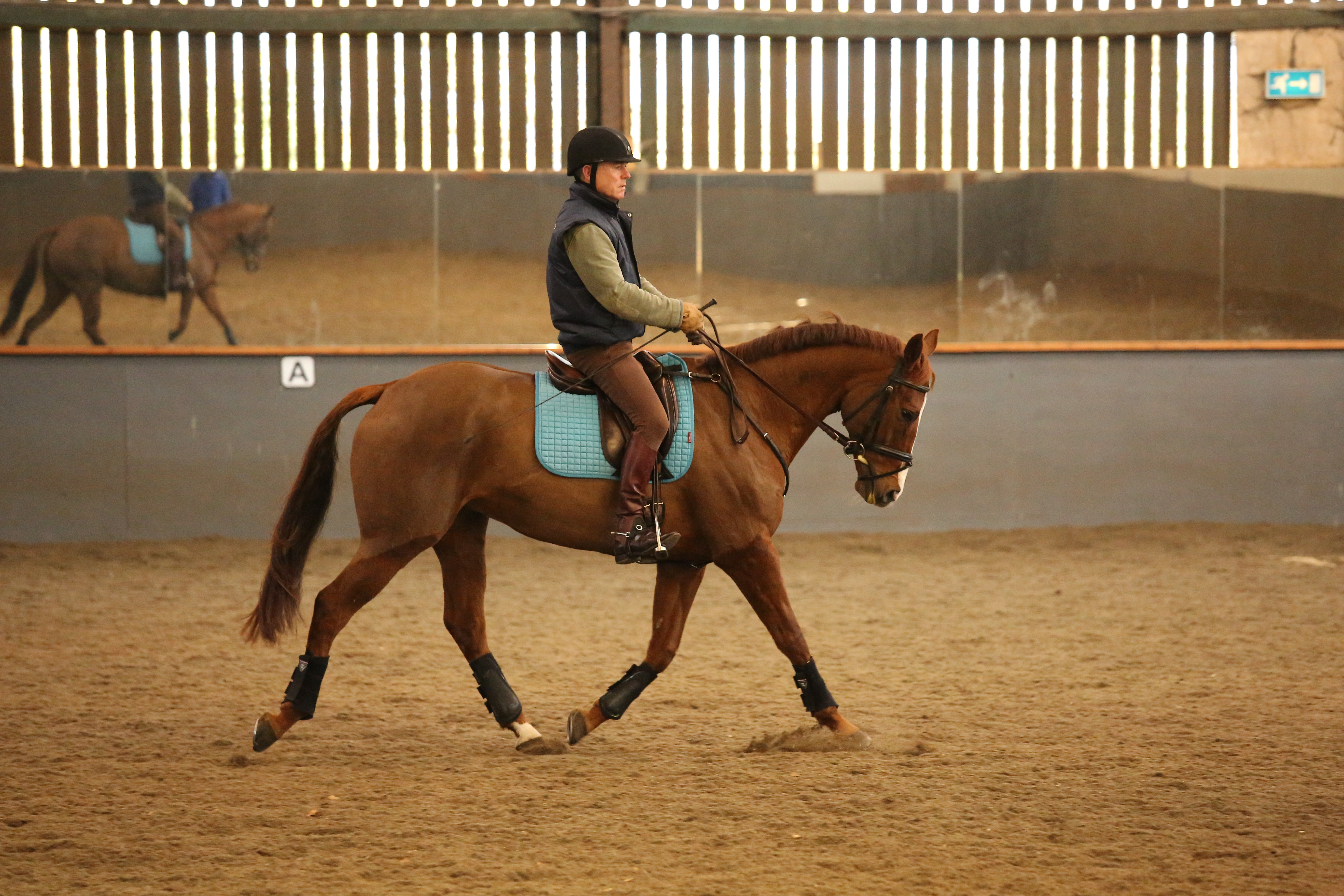 So the dressage divas have been out in force. There have been lots of red rosettes and 70% club scores at the recent Eaglesfield, Sadlesdane and Stilebridge BD between Mark, Heather and Doo. Jasmines Lottie too has now done some more novices with me after a long break from competing gaining 65% and 67% at Stilebridge which we were delighted with.

We always say that winter is for training, and most unusually Ehren and I had gone six months without a lesson so it was long overdue. I was expecting Char to give me hell and was pleasantly surprised that only my elbows and outside contact were the subject of some regular reminders. I really look forward to having her nag me for a while.

Martin has taken both Lily and Millie to see Douglas Hibbert for flatwork help at Four Elms so they have plenty of homework too. They have also been practising at Hadlow and did some great tests in the 70% club. Just shows you what Lily can do away from the atmosphere of a horse trial!

They also both went to Petley Wood BS for some SJ practise with Millie jumping around her first British Novice. She had a few poles down behind through tension but boy, her jumping has come on a very long way this year. Only her mother could say this but she was truly remedial!

Four Elms SJ clinics have started, as have the outdoors ones at Eaglesfield. Coming up we also have clinics at East Bysshe and a New Years Eve clinic at Blue Barn. We believe in keeping the rust at bay! It wont be that long and we will be out XC schooling again.

Weve had a great year, both having fun with our girls but also supporting the Team Lamy Wobbleberries and other clients. The Bomber started the season on fire with two wins and a 4th in her BE90s, then she upgraded to BE100s and finished 8th at Horseheath2. Although sound there were question marks over her performance through the summer and investigations found some hind suspensory problems, then just as we were bringing her back into work she fractured her pedal bone. So disappointing, she has yet to show the world how brilliant she is. Poor BomBoms, fingers crossed for a full recovery. The Millipede has started big girl competitions with a 9th and a 4th in her two BE80s, and having a go at a BE90 at Twesledown4 and jumping clear XC. She has come a very long way, but has lots to learn yet! Unfortunately the Ginger Rocket has not got her jumping form back but we carry on ticking her over and keeping her jolly. The star of the year goes to the Beautiful One. Ehren never ceases to amaze me. She has now done four PSGs including winning the Area Festival at Keysoe, and has qualified for the Winter Championships in the Advanced Medium Festival class. Bless her, we are now having a go at learning the dance moves required at Inter I. Talk about the blind leading the blind!

My Team Lamy Wobbleberries were awesome. What a great bunch of committed brave ladies. Several started the year frightened to canter on grass and ended the year entering a BE80. There has been lots of tears and thankfully only a small amount of vomit, all sorts of fears to overcome but such a dedicated bunch of people all supporting each other. A team spirit like I have genuinely never seen. They are truly inspirational. If you decide you can, you can!

On that note I wish you the very best of luck, fun and success for 2018 and a very Merry Christmas x