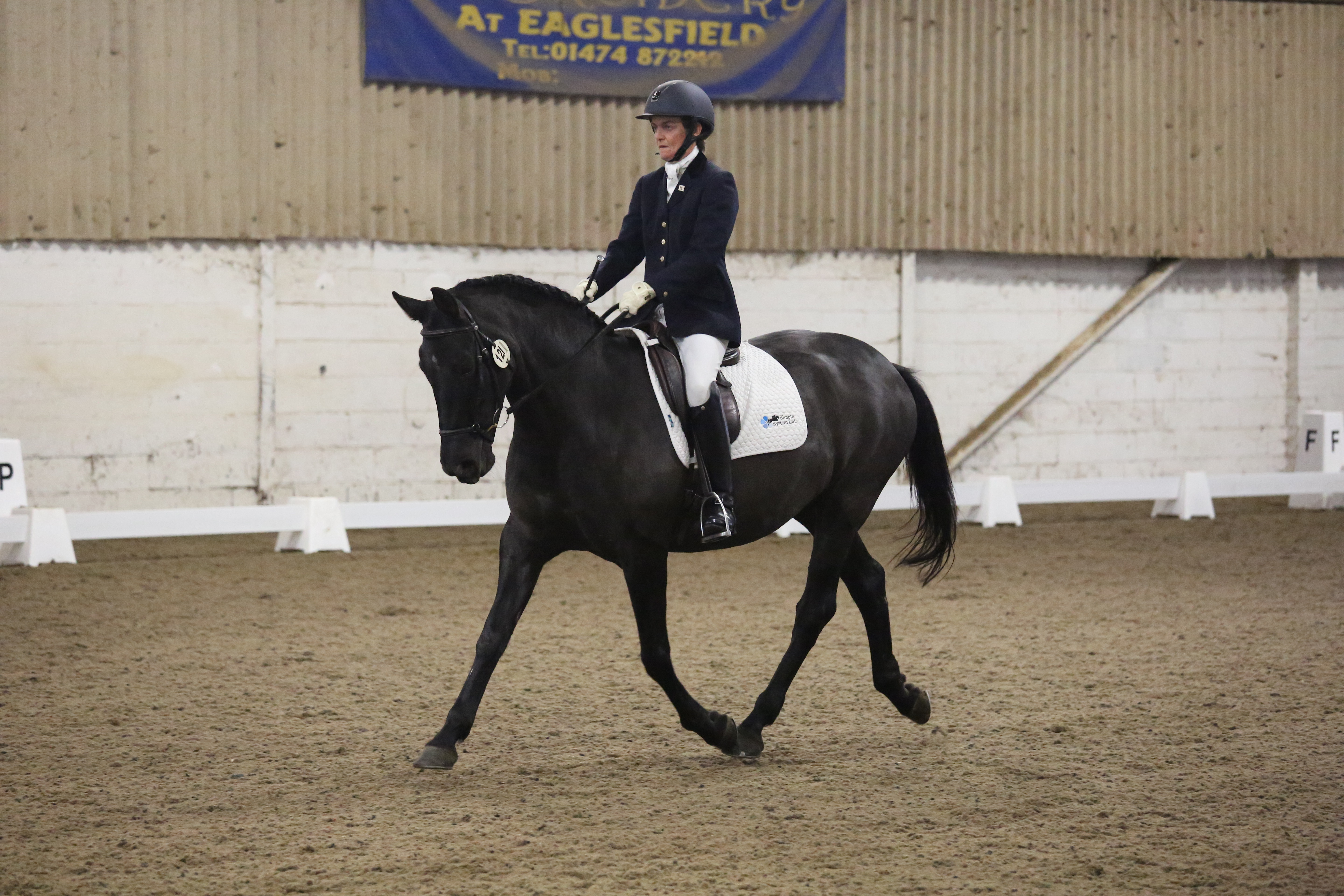 Oh dear, banana skin alert. Just as we were basking in the glory of having all the horses home and back in work Martin had a bit of a whoopsie with Rodders. Eight fractured ribs and a punctured lung, and we were only in walk! Out for a quiet hack in the field and the big lad was spooking at the cars on the road. No biggie but being a dufus he then fell over on a bank, Martin tried to hold onto him and bang. A neat soup-bowl shaped section of ribs moving and a rather disconcerting bubbling feeling. An ambulance, chest specialist, helicopter (unused), few days in hospital and short period of box rest later we are back in business. I always say its just as well you have no idea whats heading your way when you wake up in the morning. Martin was very lucky.

As you can imagine I was rather busy trying to keep his horses ticking over and carrying on with all the normal activities. Weve been busy with the last XC school of the year, lots of SJ clinics, an Arena eventing clinic at Pyecombe, and some Pony Club B+ assessing.

BomBoms has also been very busy. Ive continued with the groundwork and am now onto ridden work which she has taken to well. Im finding it really rather interesting and can see small benefits already in her reactions elsewhere. Shes been quite the dressage diva with two BD outings and four red frillies. She did two prelims at Eaglesfield BD winning them both overall and one test well into the 70% club, then at Hadlow BD we ended up doing her first Novice and Elementary. This rather bold move could have left me with serious quantities of egg on my face but she tried her very best winning her Novice section with 66% and the Elementary overall with nearly 68%. There is lots to work on and plenty of room for improvement for higher marks but bless her shes only been back in full work for a couple of months and has never been asked for medium trot. Go Bomber!!

Worried that she wasnt the centre of attention Ehren has developed non ulcerative keratitis in her damaged eye and then she also came into season. The vets were a little concerned that although pregnant mares can come into season, it was quite early in her pregnancy. Fortunately the scan was fine but we have decided not to treat her eye until later on unless we have to (as it isnt in any way sore). Oh Ehren, always keeping me on my toes.

Last weekend was the annual BD National Convention which was as always very interesting. Lots of relaxed, supple, happy horses. A blueprint for us to aim for. I try to fit in training through the year when I can but am really pleased to be accepted on the Centre 10 Applied Psychology for Equestrian Coaches course next year, something more meaty for me to get my teeth into and an area that Ive always been very interested in.

Coming up BomBoms really will be put to the test with a music clinic, theres some more BD on the horizon and I expect we will drag Martin out for some BS practise over Xmas. XC schooling dates are already set for January onwards  it wont be long now!