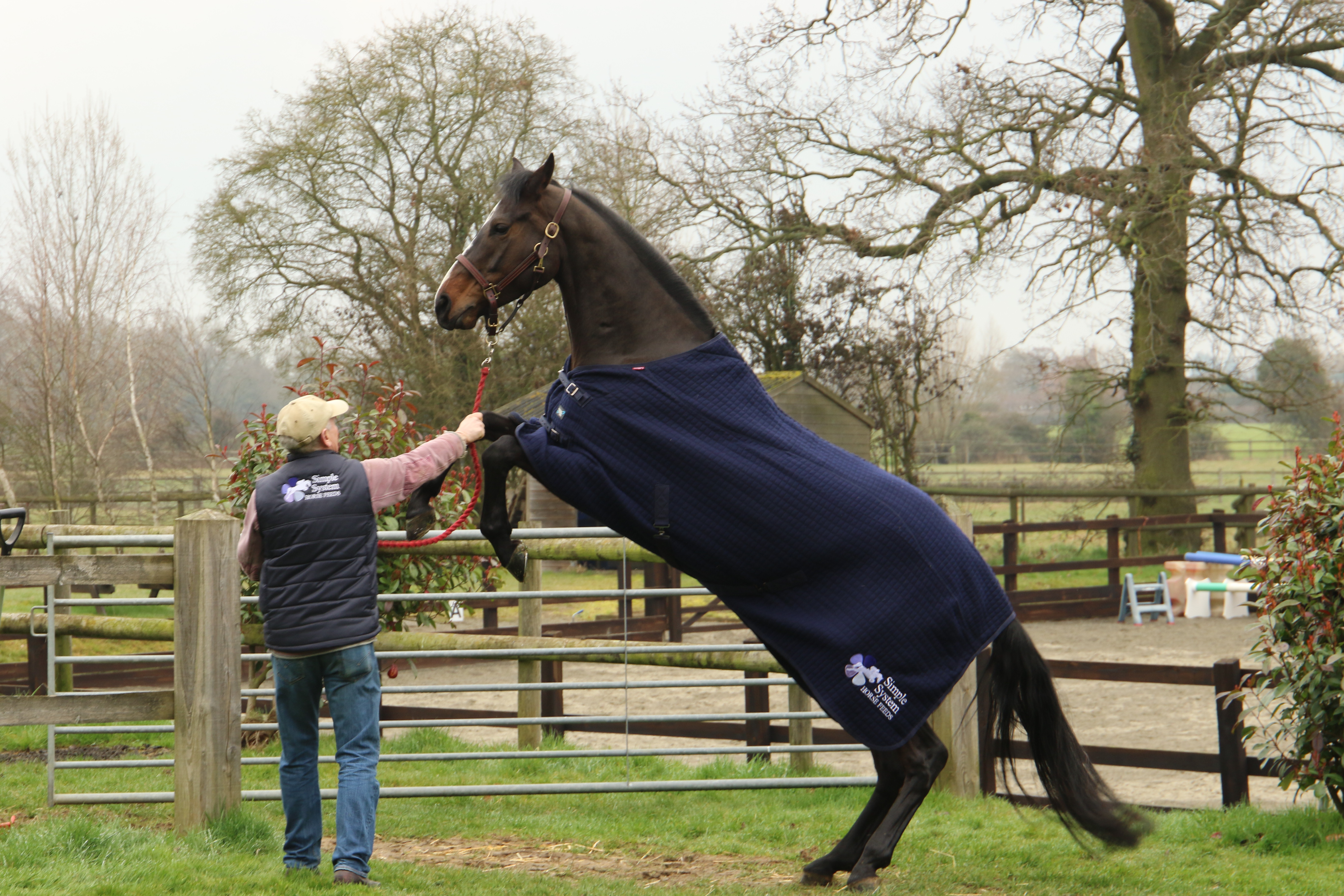 Weve been really busy with SJ clinics and another super day Arena Eventing schooling at Pyecombe. Weve also had three pre-season XC schools at LMEQ, Munstead and Tweseldown. Millies event season starts on Saturday and she is quite beside herself!

Rodney has come back into work and has had his first outing to the Four Elms SJ clinic. He was very well behaved. He is a very different kettle of fish to his little sister. He is mostly really laid back but gets himself into quite a pickle if he doesnt understand something. The young lad also has a bit of a temper when he thinks hes being hard done by. The funniest thing has been with our new arena mirrors. He is completely obsessed with the handsome bay dude!

Bomboms has continued to play dressage diva with Elementary outings at Petley Wood and Blue Barn BD. She is qualified for an Area Festival now, and also did a music clinic with Gaynor Colbourn. She is back in full work, and seems OK so far. She has had a flatwork session with Char, has dragged her mother around some small XC fences, and has been out and jumped an 80cm SJ round. Everything crossed that the Bomber is feeling more sprightly than the very rusty jockey!

Clients have been having a great time too. Mark qualified Harvey for the Prelim Silver BD Regionals, Heather has qualified Okie for the BD Winter Nationals in the Prelim Festival class, and Molly has been accepted by Voltaire Saddles onto their Junior Program. She has a lovely new jump saddle coming her way; lucky girl!

Ive been on a couple of good courses recently, something that is only really possible to fit in during the winter. I did a fantastic coaches day with Andy Thomas Creating rider symmetry to improve performance. Aside from anything else it reminds you that we are all wonky, could all improve ourselves, and not to forget the effect that it can have on the horse. Then a couple of weeks ago I was at Bath Racecourse kick starting the Centre 10 Applied Psychology for Equestrian Coaches course for 2019. This side of things is something that has always interested me, and I did a day coaches course with Charlie a while back so I was really keen to get accepted for this. We were lucky enough to have elite athletes and coaches from other disciplines come and talk to us and have a guided tour around the University of Bath Sports Training Village. Wowsers, that place is something else. So inspirational.

At the end of last week we were very lucky to have Jane van Lennep, Director of Nutrition at Simple System come to the yard to assess the team and offer nutritional advice for the season ahead. Millie just couldnt quite hold herself together for the whole visit. Its a bit like squeezing a balloon into a box that is too small. Eventually it will burst out, and burst out she did!

However, she was a very good girl at the Munstead pre-season combined training in horizontal rain so lets cross our fingers for Poplar and Munstead BE90s. BomBoms will hopefully get another dressage outing, and if shes lucky some more fun jumping.

I have just realised that the unaffiliated dressage I had planned for Rodney is actually a fun fancy- dress day. How much trouble would I have been in as Martin walked him away from the lorry straight into a tyrannosaurus rex!! Best we give that one a swerve