We are all feeling the pinch these days and it can be difficult balancing the books each month but dont let your horses balancer tip you over the edge! Simple System Total Eclipse is one of the most economical balancers you can buy. It is made entirely from natural, functional ingredients with no fillers, bulkers or binders. Like all Simple System feeds, it is safe for competitions and registered with the Vegan Society. Read more

A mixed bag at Gatcombe! 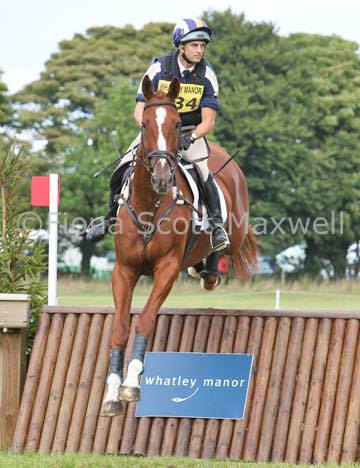 Well, a mixed weekend at Gatcombe! Friday was fantastic with Spring Prophet moving up to Intermediate level with ease finishing 3rd in his section, another horse that has really started to grow into himself and show real promise for next year! Ridgefield II was 6th in the same section with a lovely double clear which was equally pleasing! Yesterday however brought me back down to earth (literally!) with a bump. I took both 6 year olds to do the Novice and things started off well with two pleasing tests and 2 clears rounds SJ then Oakenhall True Start deposited me on the floor coming out of the water to a narrow big box brush, not all bad as up until this point he went really very nicely! Cactherston Caractacus found the water complex all together too much to look at and went very green on me so a big "E" on his results! Doubtless Cullin then finished my day off on a better note going double clear on his dressage score leaving him 11th in the competitive ON section. All I can say is that's eventing for you, one day up the next down! Read more 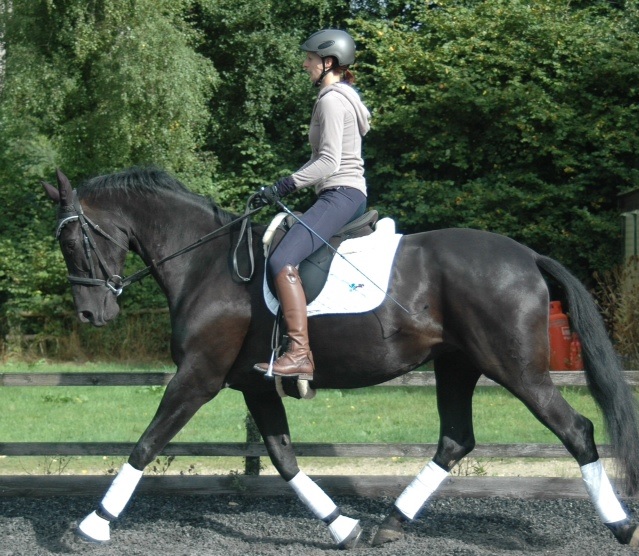 Times have been a bit difficult recently, but horses are a serious leveller and they help you to forget about all the harder things in life, even if its only for a short space of time.  Being without transport is very hard for me, having to rely on other people and having to constantly be asking for lifts, but we will get there eventually.   I have a very lovely client (and friend) who has kindly offered me their horsebox to use whilst their daughter is away for a year, which has given me back some independence at last.  Read more 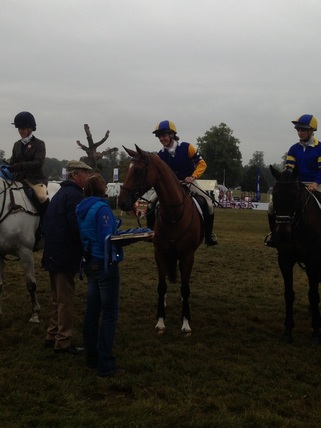 The weather has closed in which is a little depressing, especially as the evenings are getting darker too, however the horses are going better than ever, which cheers up even the rainiest of days!
We were off to Hickstead and the first day we were there didn't exactly go to plan.. It was one of those days where the horses went really well but it just didn't work out. Coco jumped the 1.10m on the surface, he jumped beautifully all the way round except where we ended up too deep to the planks which were the first fence of the jump off, so had them down, but he felt really confident and found it tiny which is great! Then Lily jumped in the 1meter on grass. She had lost her confidence on grass a little bit so it was great that she felt so confident. However she was a little too confident and ended up rolling the 2nd last in the first round which was a pain as it was a silly fence to have down, the most important thing is she was happy and not ever thinking of stopping. I then jumped her in the 1.10m on the surface. With the jumps a big bigger she switched on and was really jumping, she felt probably the best she has done ever! I got into the jump off and got a little too competitive, seeing a stride that was never there and then proceeding to get fired head first over her head - poor thing!
Read more 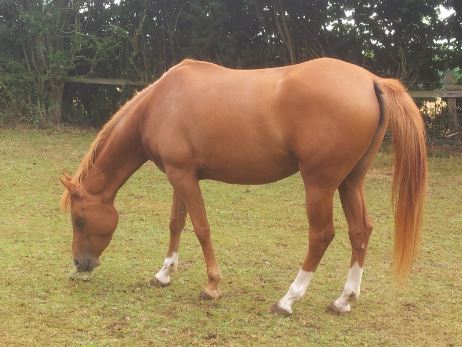 Now that the grass in the summer paddock has almost completely gone, the horses are loving their Lucie Brix. It keeps them occupied AND tastes yummy! What's not to like?!

Sofia is loving it so much that she's got her eyes shut in the photo! Read more
Back to top | Next Page