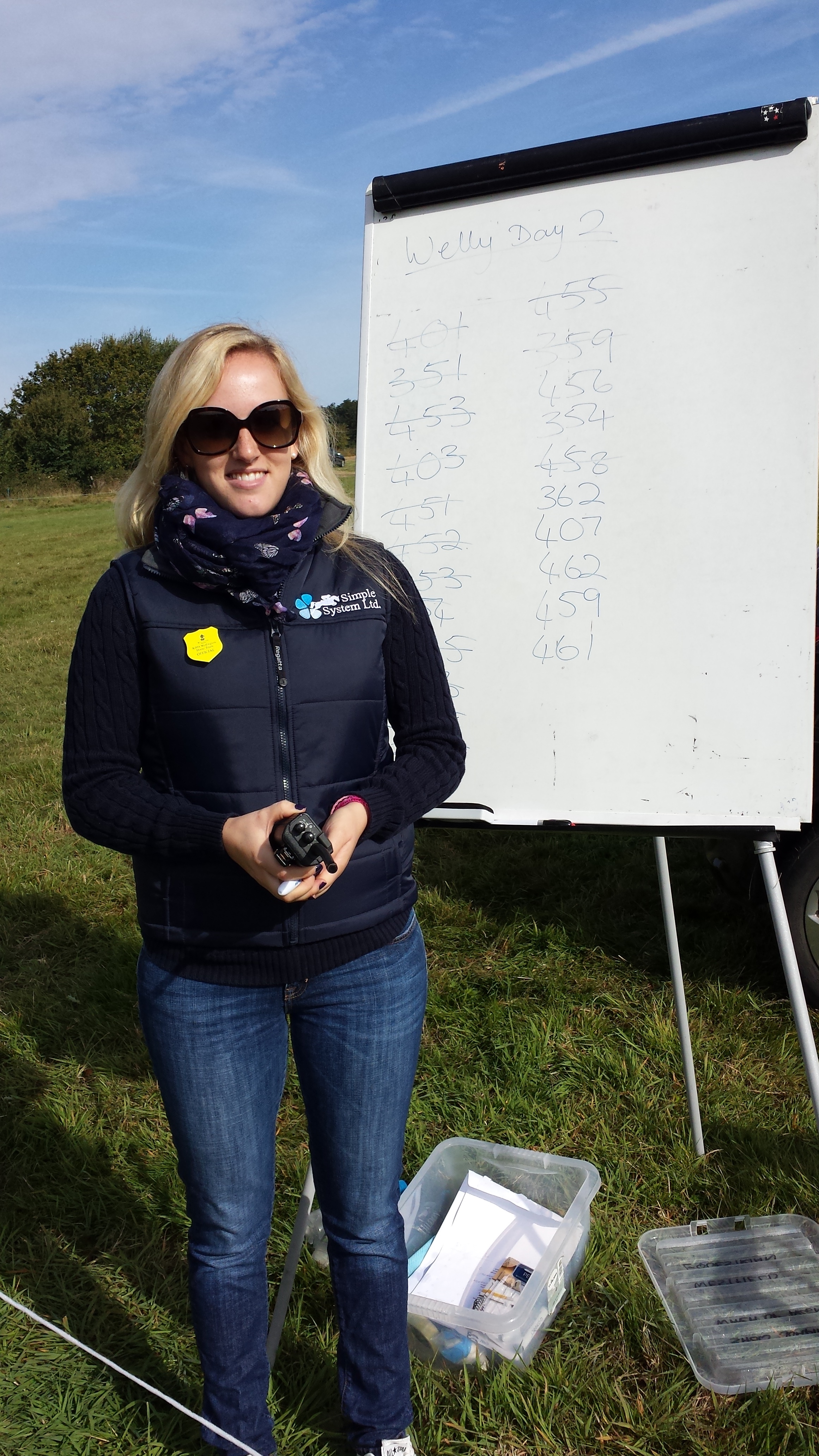 Safe to say Topper and I didn't make it to Wellington OI.

I was rushed in to hospital to have some (unplanned) surgery on the 14th August - all fine now and recovering well, but no gym or riding until October half term for me! So Topper's been given a bit of a holiday and we're no longer aiming for another CIC** at South of England to end the season...

However, I can WALK (yippee!)... so I walked Wellington Advanced twice (fingers crossed for next year!) as my only 'allowed' exercise, before working on the collecting ring for the SJ. It distracted me ever so slightly from my boredom, in a way Netflix never could. Absolutely itching to get on Topper again, but I know I need to rest.

Topper's already marveling in his freedom, but we're managing this carefully with his feed; he's still on his Total Eclipse and GreenGold but we've moved on to Blue Bag Grass Pellets, whereas he competes on the Red Bag Grass Pellets. He just doesn't need the extra energy, when he's farting around in the field.

Lots of rest, then winter SJ and some more Dressage Anywhere tests lie ahead for us - so not much of an update until October/November from me. Over and Out. 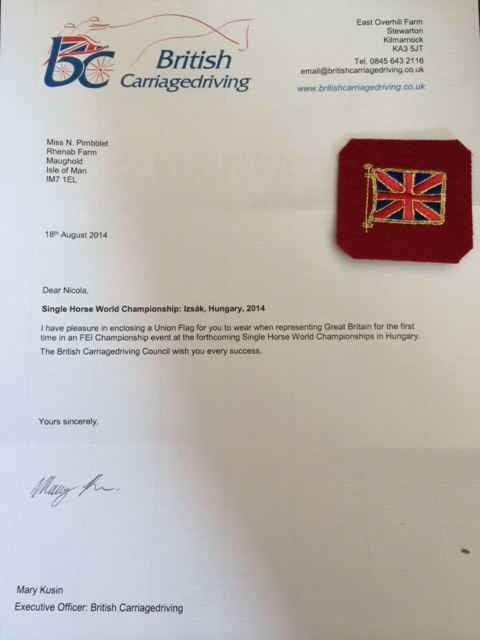 August has brought a lot of excitement on the announcement that we have made the British Team, we are 1 of 3 in the team. We will be travelling out to Hungary mid September for the World Championships in single horse carriage driving. What a year this has been, Royston is just coming into his own now, so hopefully he will be peaking in fitness just at the right time.

Our schedule up until then is 2 sessions a week of canter/fitness work in the carriage, dressage training 2 to 3 times a week, then ending the week with a nice hack out for him. Whilst we are at home Royston is only on 3 small feeds a day as he has plenty of turnout. We will be upping his feeds once we are ready to set off. Currently he is on Simply Complete, Total Eclipse, GreenGold and Red Bag Grass Pellets.

Thank you once again to you all at Simple Systems horse feed, your advice and expertise on feeding the competition horse has helped us achieve our goal!!!!

With autumn just around the corner this is a good time to think about giving your grazing a helping hand. In nature, grasses seed during the summer and will germinate in the autumn when it rains. They will put in some growth and be ready to make seed heads next year. So, if your grazing has some bald areas that need re-seeding, September is a good month to do it and our Natural Grazing Mix is a good one to do it with! This is based on a wide range of native type grasses and is totally free from Ryegrass. We dont like Ryegrass because it can fix more sugar than other grasses and can also produce nitrites which mess with the gut microbes. Increasingly, research is showing that Ryegrass is not the good grass it has previously been cracked up to be and should certainly be avoided for horses or ponies that are prone to laminitis.

To give your grass a helping hand, it needs good soil to grow in. Correct pH and encourage deeper rooting with Equine Calcified Plus, which can be applied at any time but especially when the grass is short, as could well be the case this end of the grazing season. You will need 5 x 20kg bags to the acre and it will last for 2 years. It can be spread by hand or with a standard fertiliser spinner. Read more 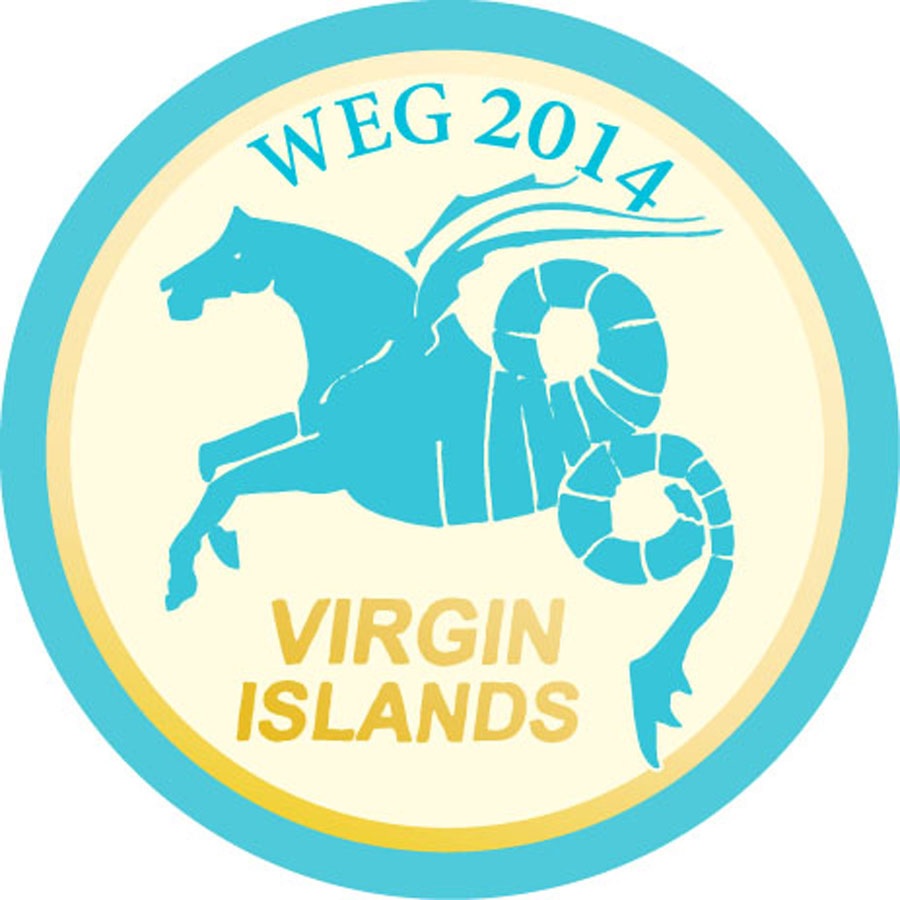 I write this blog with only 4 days before we leave for France and the World Equestrian Games!  The past month has been a flurry of forms and more forms  tinged with a certain amount of frustration at spending so much time on admin and  not being able to concentrate on my riding -   but now it seems like we have turned a corner -  stabling. arrival details, ferry booking, hotel booking, grooms accommodation, accreditation,photos, catering packs, music editing, courtesy car booking, export papers, health certificate not to mention definite entries - just a few of the details to be dealt with and part of the reason my head has been in a spin the past few weeks but now its all done!    I hope!!

All that is manageable at the end of the day because the most important thing is that Rhapsody is fit and well!!  Rhaps is now in Kent with trainer Andrew J Murphy for the final week's training.  This whole journey has once again been as a result of a huge amount of support from friends and supporters as well as Simple System  Horse Feeds - without whom I could not be even contemplating the next 2 weeks!  Although I know most people in the UK will be cheering on team GB  - I hope you will spare a cheer for the rider from the USVI!

We all know that horses need salt and that should have a salt lick at all times, but do we always understand why salt is so important?

Horses are unusual in the animal kingdom for sweating  it is one of the few traits we share with them! But unlike us, their sweat is hypertonic, which means it is saltier than their blood. When a horse sweats, salt is being lost as well as fluids. The sweat is drawn from the blood, so the more the horse sweats, the thicker and stickier the blood and the less salt it has in it. If we offer the horse water, this is quickly absorbed into the blood stream, but due to the lost salt, the blood will be too watery. The level of salt in the blood is crucial.

Salts in the blood are often referred to as electrolytes. The main ones are sodium (found in salt such as rock salt), potassium, which is present in large amounts in forages, calcium and magnesium, which are also found in forages and especially in lucerne. Beet pulp and seaweed are also good sources. Horses on forage based diets usually only need the sodium replaced as the diet provides plenty of the other electrolytes. Read more

Back to top | Next Page