A non-start of a season I've never been a huge believer in fate or an 'almighty' / omnipotent being, but apparently I've been wrong. And they've got it in for me. Or perhaps I was simply a grave robber in a previous life and karma's finally caught up with me. Either way, I'm sorry and I'd like the bad news to stop please.

Topper is injured. He may have serious ligament damage in both of his front legs, but we'll know the extent of the damage when he's had an MRI next week. I've been warned to expect the worst. I can't believe it; I'm absolutely gutted. He's been the most amazing, hilarious, ninja of an event horse (pony) and I can't believe this has happened. We're so careful with what ground he competes on, always working on a surface and booting / greasing him up well. We think he landed badly at Aldon - he launched, not uncharacteristically, over a corner in the Open Intermediate - and, bless him, kept going till the second to last fence. I feel awful, he must have been in agony. We'd had such a perfect day until that point: a 33 dressage (in hot company!) and a clear round SJ in the gorgeous sunshine. Earlier in the month, we'd had a great start to the season with a safe clear around the ON at a muddy Moreton - not an easy place to get to! I was entered up for South of England OI and Belton CIC**, aiming for Houghton CCI** in May. I can't believe it's happened, but that's horses for you. 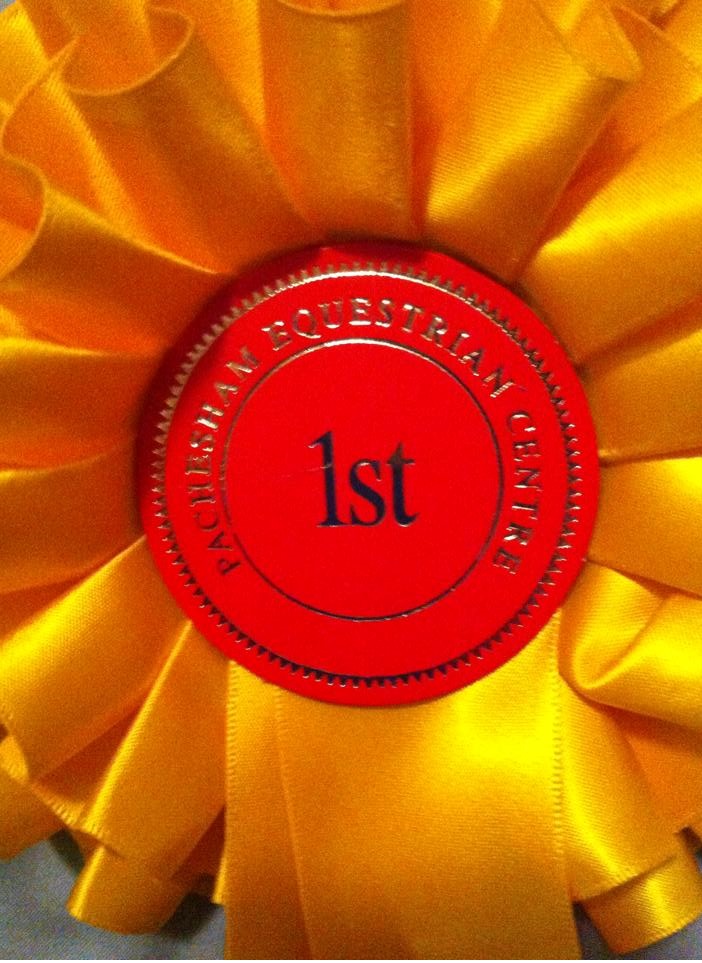 Life is getting busy luckily at the right time with the days getting longer at last - and warmer too!   There has been lots to do from getting entries in for Belgium, writing  bios for the Virgin Islands fund raising efforts, re-working our freestyle test and not least going to our first competition since last October!  Rhapsody was very excited at going to a party - even though he has been out for schooling sessions. He was very lively but I tried to use his energy to my advantage.  Rhapsody looked and felt fantastic and won both his classes - most importantly with very decent scores! I also attended a excellent lecture demo featuring Dr Gerd Heuschmann,  Charles de Kunffy and Andrew J Murphy on the subject of "Riding the Stretch' which was hugely interesting,  informative not to mention inspiring and presented with their own personal brand of humour.

Win a 10kg bag of MetaSlim

This week's competition is to win a 10kg bag of MetaSlim.

Metaslim is specifically designed for those challenged by weight or metabolic issues including those affecting their feet.

MetaSlim is suitable for:

To win a 10kg bag, simply LIKE our Facebook Page and Comment on the competition post with the reasons why your horse would benefit from a bag of MetaSlim. Alternatively, send your reasons to webmaster@simplesystem.co.uk.

Welcome to our world

Well thats it, winter is over and we have been to our first event of 2015. We are seriously chuffed that Simple System Horse Feeds have sponsored the Team Lamy-Wright girls for 2015.

Little Lexi and Lily went to the Munstead pre-season combined training. I was really pleased with Little Lexi. Her dressage was hilarious; the accelerator pedal was stuck full on and we had all the steering of a supermarket shopping trolley. More than once I skipped past the white boards that were there as a corner! Then over to the SJ; her first course on grass and she went very green but jumped two clears at 70cm and had a few poles at 80cm when all the fillers went in. Work in progress but she didnt put a hoof wrong all day so I was really pleased with her. Lily was rather fired up but she jumped well and will hopefully settle as the season progresses.

Going back a bit further we XC schooled at LMEQ on a very wet and muddy day; all credit to them for allowing us to practise in those conditions, most places would have closed. The group all did really well with some horses making real progress with ditch and water problems. Little Lexi skipped through the mud like it wasnt there and towed me around the place having the best fun ever. Then there was Lily the Ginger Rocket, and she looked awesome. Very productive day despite appearances! 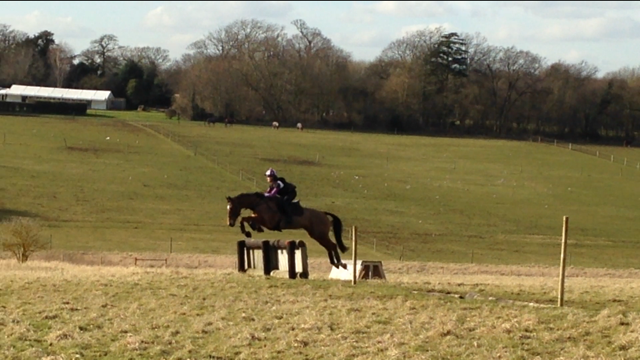 And it will be time to go #EventingLive2015! I don't think I have ever been this excited for the start of the season, but then again I haven't ever had a horse going this well and felt so prepared!

'To be a champion, you have to learn to handle stress and pressure. But if you've prepared mentally and physically, you don't have to worry.'

I quite like this quote as it shows how important being prepared is, saying that, despite being super prepared, I know with horses that anything could go wrong!! However I am keeping my fingers tightly crossed and bursting with excitement to get my reformed Lily pony out eventing this weekend! Read more

Back to top | Next Page